Shipbuilding has a unique and impressive tradition in Wismar. Hundreds of fishery, container, expedition and research ships, the world's largest double-decker ferries, tankers and cruise ships were all launched in the Hanseatic city or left the dock here.

Founded in 1946, the shipyard was comprehensively modernised in the 1990s to form the ‘Kompaktwerft 2000'. Today, with its 395-metre long, 155-metre wide and 72-metre high dock hall, it is one of the largest in Europe. Ships can be completed in the 340-metre long, 67-metre wide and 13-metre deep building dock regardless of the weather. The integration of steel shipbuilding and outfitting already in panel production, a high degree of advance finishing of the volume (up to 320 tonnes) and block sections (up to 750 tonnes), as well as outfitting of the deckhouses in the dock hall are distinctive technological features of our shipyard.

As head office, Wismar is also the headquarters of the management as well as the majority of our employees, particularly in the design, construction, purchasing and finance departments. The ocean giants of the Global Class are finally assembled and equipped in Wismar.

The cabin production facility of our sister company MV WERFTEN Fertigmodule GmbH is also located in Wismar – in close proximity and with easy access to the shipyard. The passenger cabins, suites and crew cabins for the Global and Endeavor Class ships will be delivered as completely pre-assembled modules to our shipyards. 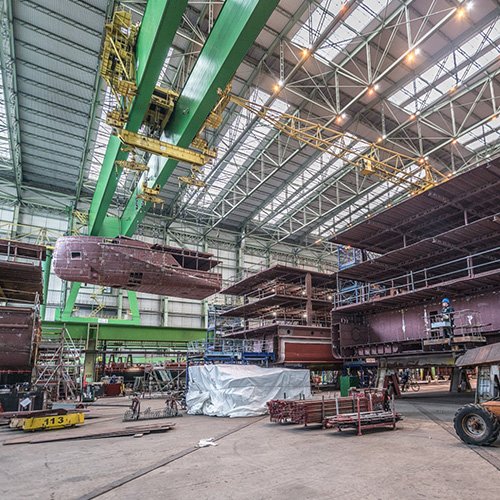 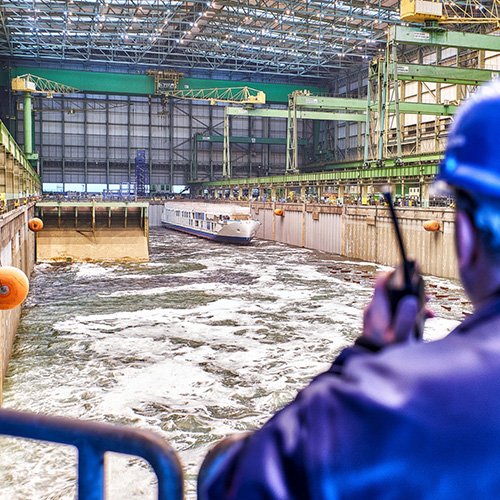 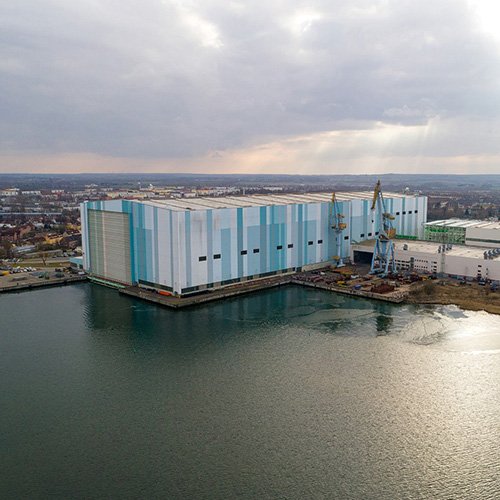