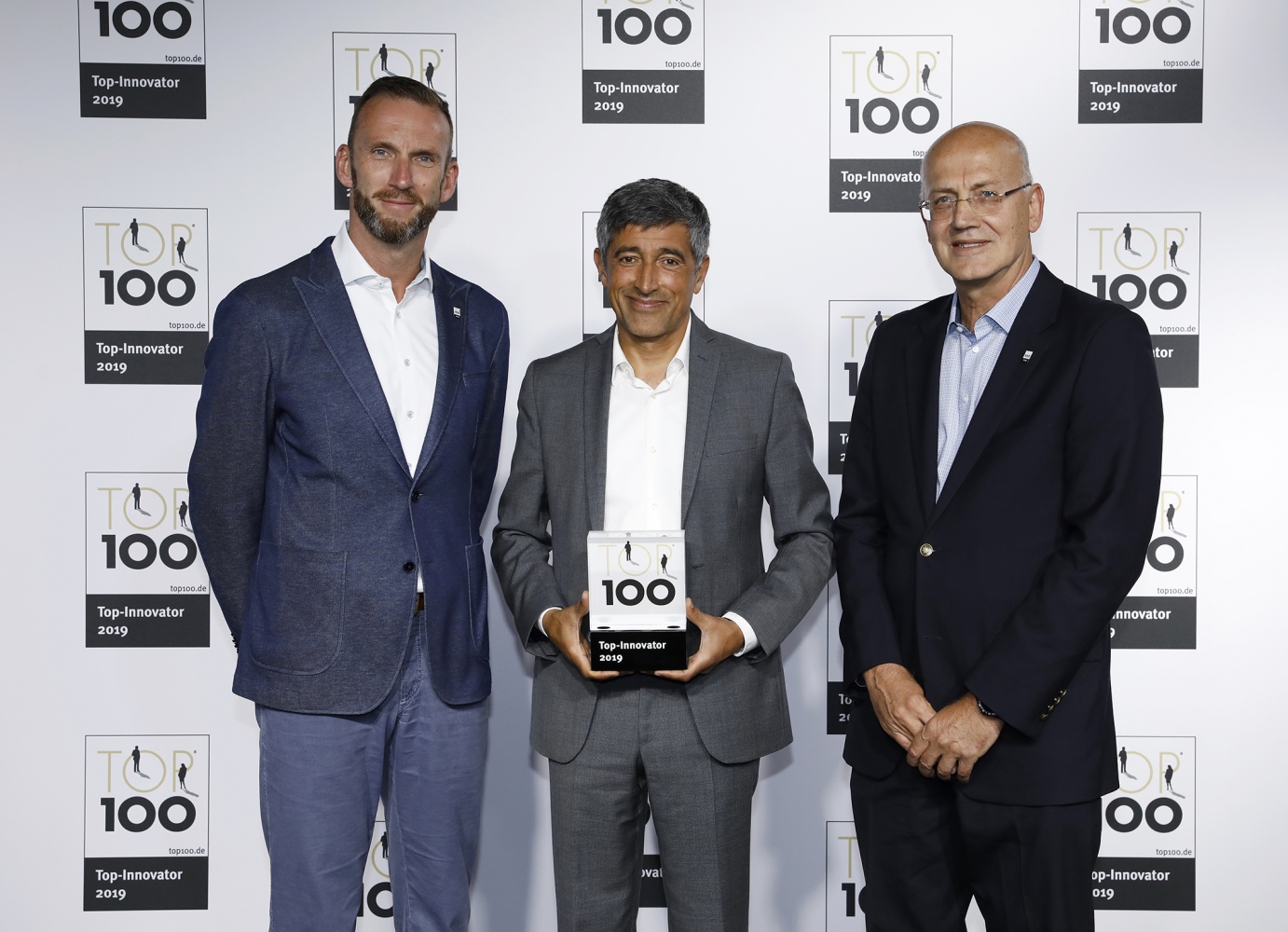 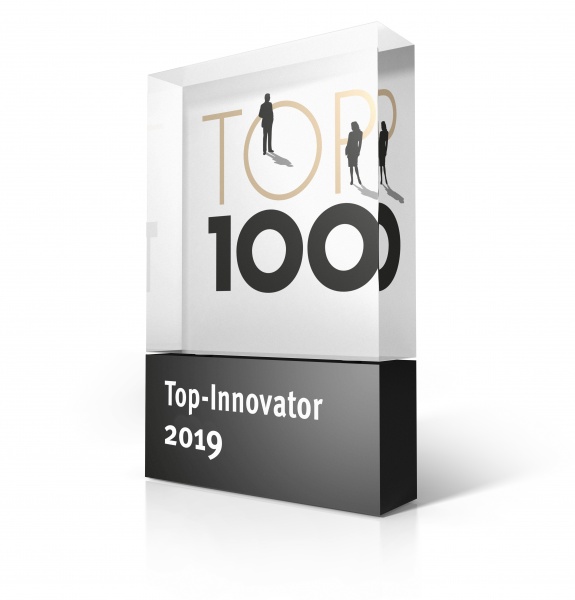 On 28 June, the shipbuilding group MV WERFTEN received a special award for exemplary and convincing innovation management: the TOP 100 seal of approval, confirming that it is one of the 100 most innovative small and medium-sized enterprises in Germany.

Wismar, 01. July 2019 | MV WERFTEN is one of the TOP 100 most innovative SMEs in Germany. On 28 June, the shipbuilding group was honoured at an exclusive ceremony held in the context of the 6th German Summit for Small and Medium-Sized Enterprises in the Jahrhunderthalle in Frankfurt am Main. The MV WERFTEN managing director Peter Fetten attended the festive event to receive the trophy on behalf of the group from the business journalist Ranga Yogeshwar.

“After its acquisition by the Malaysian Genting Group in 2016, MV WERFTEN made a completely new start to focus on building high-quality cruise ships. Its workforce has nearly doubled in the past three years, which also required an internal creative rethink,” the experts remarked. Other key factors considered for the presentation of the award included the high degree of artificial intelligence used for the fitting out of the MV WERFTEN Global Class ships and the strength of the group’s R&D department. There was also praise for the group’s well-functioning employee suggestion system, which has resulted in savings of more than €300,000 since the beginning of the year.

The award was based on a systematic corporate analysis carried out by the innovation researcher Prof. Dr. Nikolaus Franke and his team from the Chair for Entrepreneurship und Innovation at the Vienna University of Economics and Business. Some 120 parameters were scrutinized. A total of 398 companies applied for this year’s award.


“The award is not only confirmation for the way we see ourselves as ‘heart of the maritime industry’ but also both an incentive and obligation for us,” Peter Fetten commented at the event.

MV WERFTEN invests continuously in the basic and further training of its 2,900 employees and their working environment as well as in new technologies and equipment in order to guarantee top-quality production. The owner Genting Hong Kong has already invested a total of over €1 billion in the shipyard group.


The TOP Innovator Award was the second award for MV WERFTEN within six years, as in 2013 the then Nordic Yards in Wismar und Rostock-Warnemünde were already honoured with the innovation prize.

About MV WERFTEN
MV WERFTEN comprises three shipyards located in Wismar, Rostock and Stralsund in the German Federal State of Mecklenburg-West Pomerania (MV). With its 2,900 employees, the group operates some of the largest docks and roofed-over production facilities in Europe. The yards have an excellent transport and logistics infrastructure with direct access to the Baltic Sea. With further investment in a laser thin sheet metal welding line, cabin fabrication, state-of-the-art software and other automation, MV WERFTEN has become one of the most efficient builders of cruise ships in the world.

In their 70-year history, the three MV WERFTEN shipyards have designed, produced and fitted out some 2,500 ship newbuildings, including two AIDA cruise ships, Premicon river cruise ships and Stena Line ferries. MV WERFTEN, which is based in Wismar, continuously invests in innovations and new technologies as well as staff training courses in order to guarantee top quality "Made in MV".