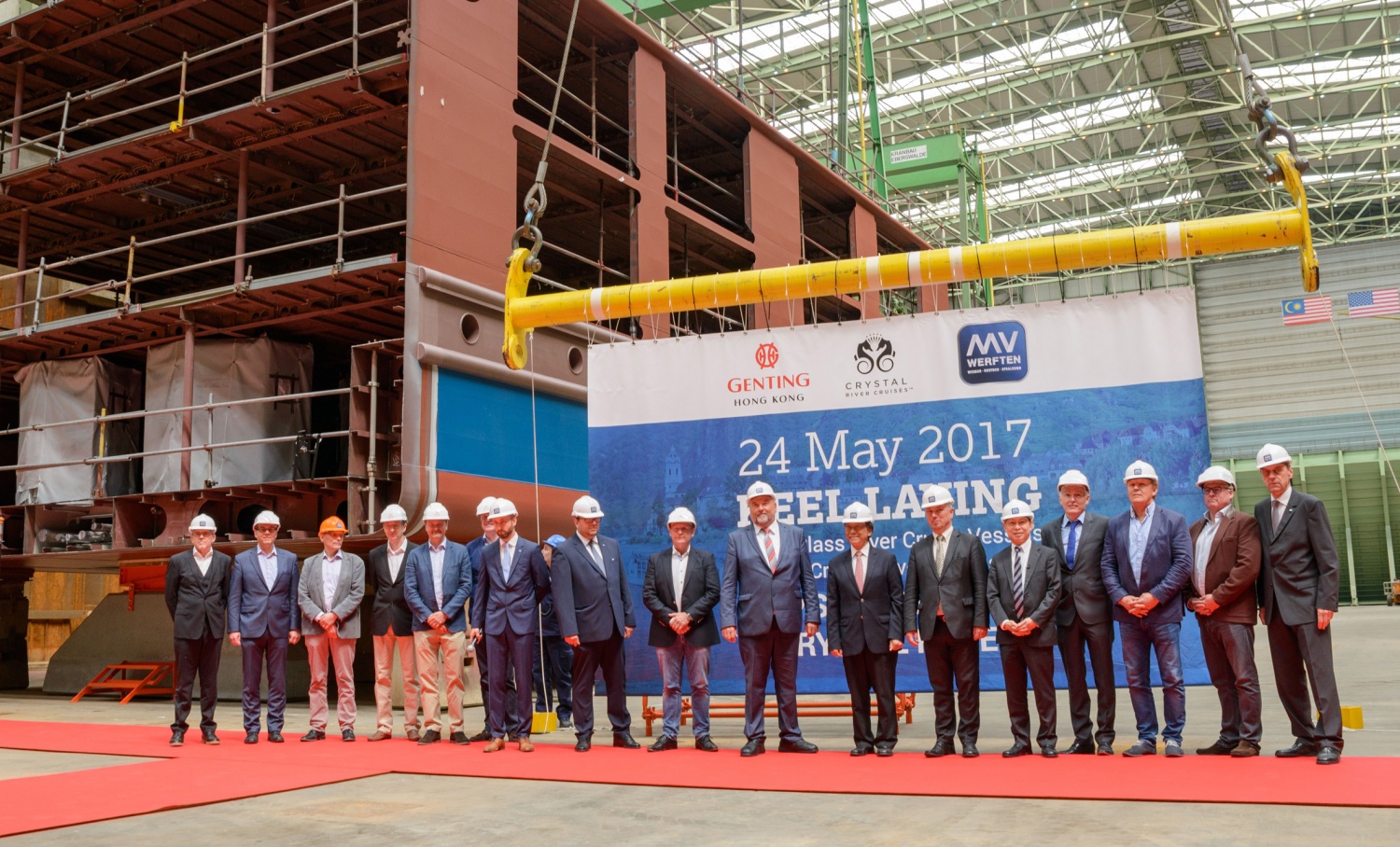 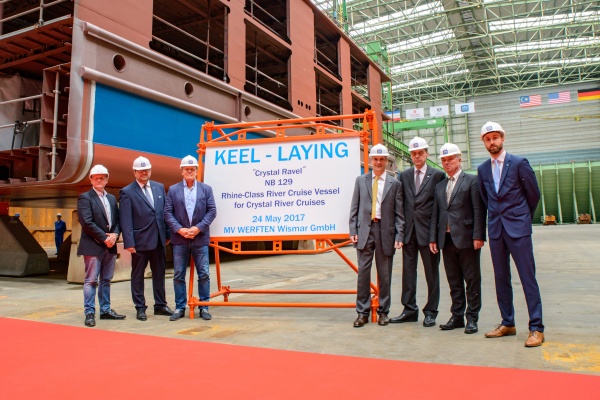 On 24 May, the first sections for “Crystal Debussy” and “Crystal Ravel” were laid on keel at MV WERFTEN in Wismar. The river yachts will be delivered to Crystal River Cruises in 2018.

Tan Sri Lim Kok Thay, Chairman and Chief Executive of Genting Hong Kong, Mecklenburg-Vorpommern’s Economics Minister Harry Glawe and other guests placed the traditional lucky coins on the keel blocks before the first two sections, each weighing 170 tons, of the river cruisers were laid down. "We are pleased to celebrate this important milestone, the start of the block assembly, for two additional ships for our brand Crystal River Cruises today at our own shipyard. These ships will offer their guests the highest standards in luxury cruising on Europe's most beautiful river routes," said Tan Sri Lim during the keel-laying ceremony.

Josef Lumetsberger, Crystal River Cruises’ General Manager of Operations, commented: "We are thrilled to be celebrating alongside our partners at MV WERFTEN the keel laying of the two newest members of Crystal River Cruises. We are also eagerly awaiting the launch in late summer of “Crystal Bach” and “Crystal Mahler” Europe’s only all-balcony, all-suite river yachts, which will serve the growing demand for a true luxury experience on Europe’s rivers."

"We have placed the first sections for two more high-quality ships in our dock today," said Jarmo Laakso, Managing Director of MV WERFTEN. "We are proud to continue the excellent collaboration with Crystal River Cruises with these two river vessels."

The cruise vessels of the Rhine Class are 135 metres long and more than eleven metres wide. The traditional first steel cut for the ships, which are specifically designed for the European river cruise market, took place in January. After their completion in 2018, they will sail the Rhine, Main, Danube and Moselle rivers. Up to 106 passengers will travel in 55 all-balcony suites of the most luxury furnishing. The structurally identical "Crystal Bach" and "Crystal Mahler" have been under construction at MV WERFTEN in Wismar since 2016 and will be delivered to Crystal River Cruises this year.

The production schedule of MV WERFTEN includes nine ships in the next five years. In addition to four river cruise vessels, three Crystal Endeavor megayachts for Crystal Yacht Expedition Cruises and two cruise ships of the Global Class for Star Cruises – the largest in the world regarding passenger capacity – will be built at the Group´s three shipyards.