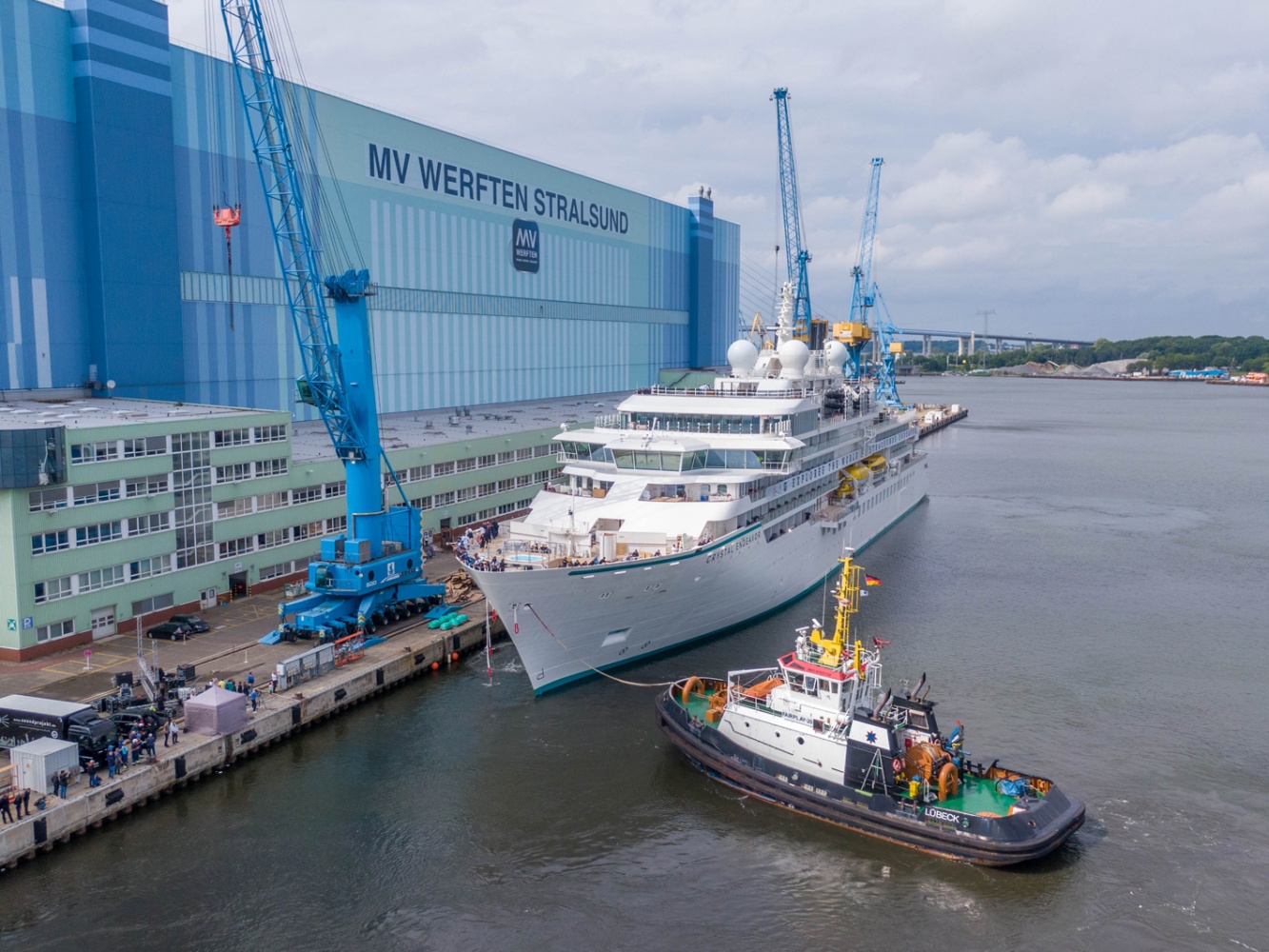 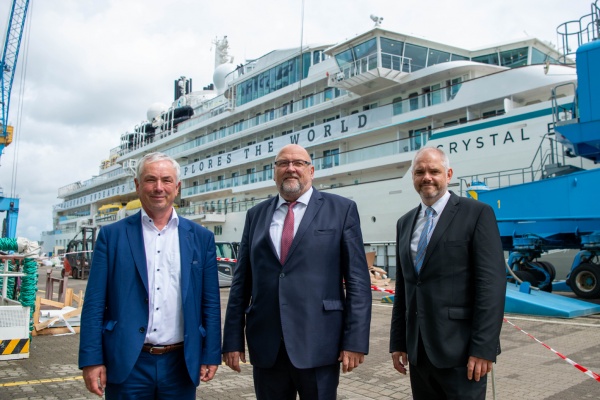 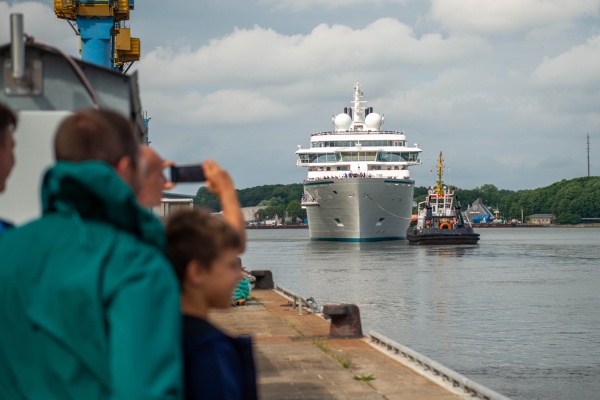 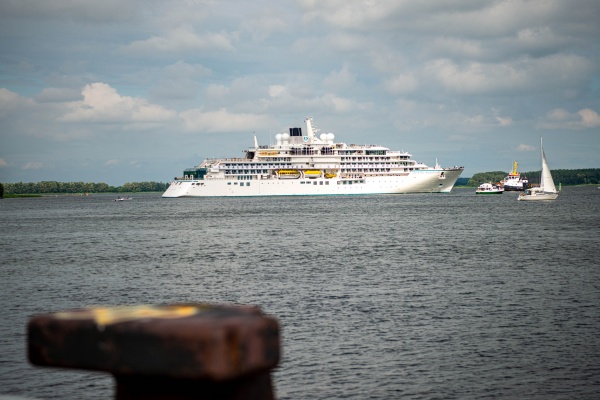 Wismar, 10. July 2021 | Today the first “Made in Germany” PC6 luxury expedition yacht cruised out of MV WERFTEN in Stralsund. At 4 p.m. the signal horn of the “Crystal Endeavor” blared loudly several times over the Strelasund strait to bid farewell to the Hanseatic City of Stralsund. Many Stralsund shipyard employees accompanied by their families waved goodbye to “their” ship from the quayside. Hundreds of onlookers – both local people and tourists – had also gathered in Stralsund to wave farewell to the expedition mega yacht, which departed MV WERFTEN in Stralsund, where she was designed and built, bound for Iceland and her inaugural voyages.

The vessel, which had been built from 2018, was named by Mecklenburg-Western Pomerania’s Prime Minister Manuela Schwesig two weeks ago, on 26 June. The change of flag and transfer to the luxury cruise line Crystal Expedition Cruises then followed on 29 June. The 20,200 GT “Crystal Endeavor” with her length of 164.50 m and width of 23.40 m is the world’s largest luxury expedition yacht and meets the highest safety and technical standards. She can accommodate a maximum of 200 passengers and offers a 1:1 crew to passenger ratio.

“Today is a milestone day for Crystal as our new state-of-the-art expedition yacht ‘Crystal Endeavor’ sets sail to Iceland from MV WERFTEN to set a new industry standard as the most spacious, most powerful and most luxurious expedition ship in the industry,” said Jack Anderson, President of Crystal. “We want to thank everyone at MV WERFTEN for their partnership and their uncompromising German engineering and design excellence in crafting an intrepid new polar class yacht that will offer our guests incredible adventures to the far reaches of the globe, with the highest standards of safety, sustainable and eco-friendly features that demonstrate extreme care for our guests and the world’s oceans and the destinations we visit.”

“Crystal Endeavor” is now en route to Iceland and is scheduled for a July 15 arrival in Reykjavík. She will depart Iceland’s capital on her inaugural voyage on July 18 on the first in a series of five 10-night voyages circumnavigating Iceland. Future destinations will include the Arctic, Antarctic, Norway, Argentina and South Africa.