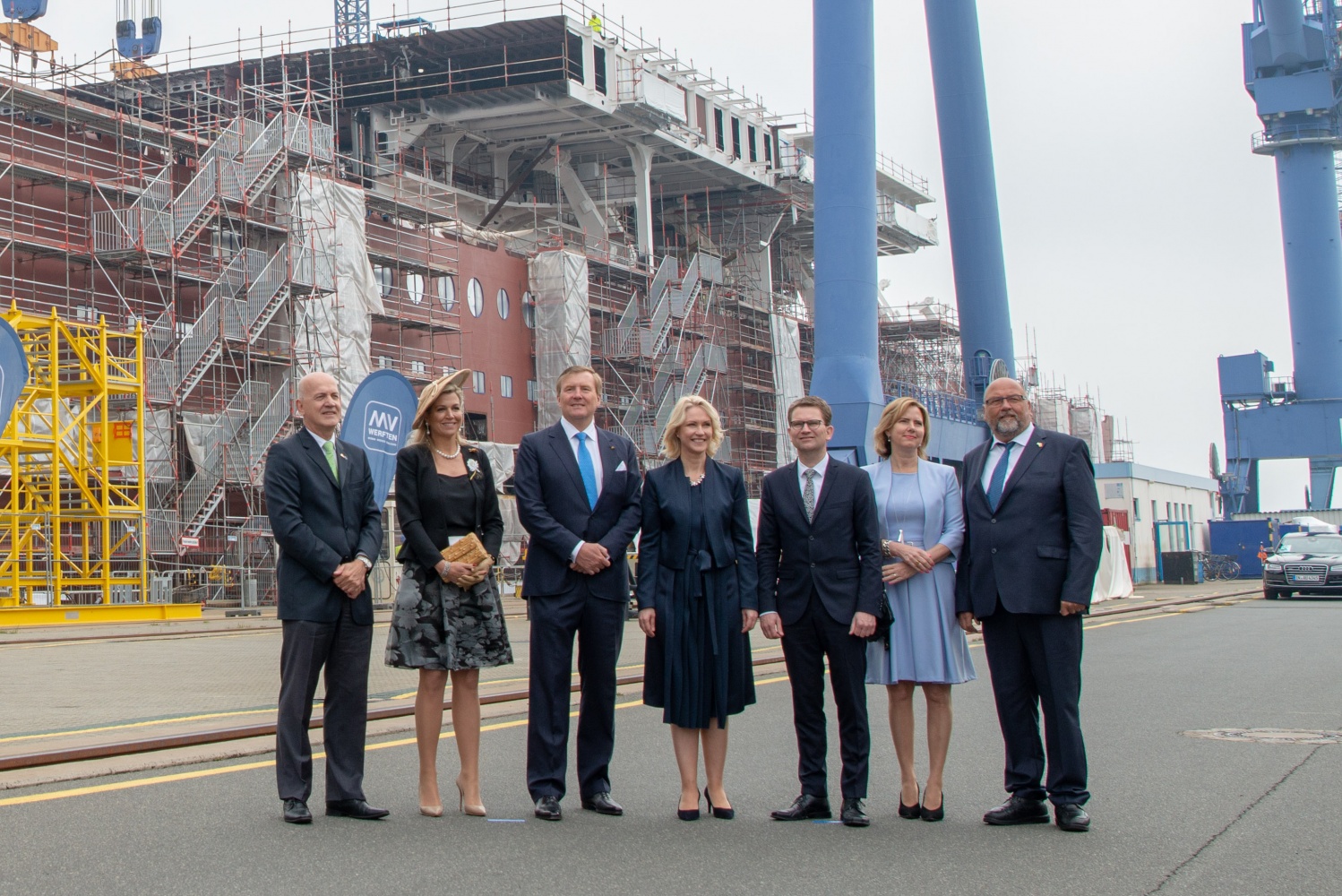 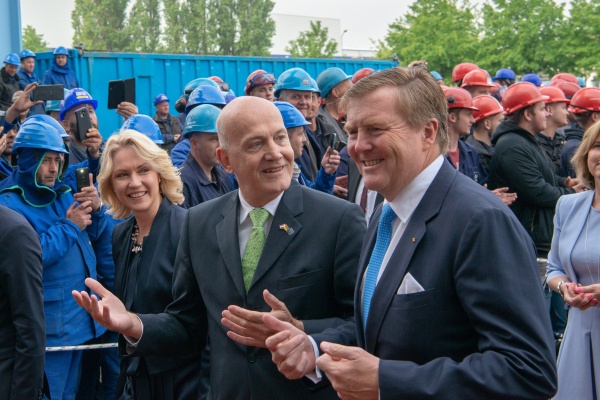 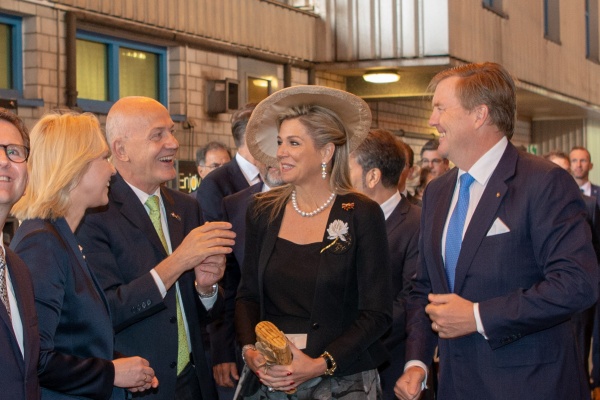 King Willem-Alexander and Queen Máxima today visited the MV WERFTEN Rostock facility to be briefed about the construction of the first Global Class cruise ship and the training programme at the shipyard group. A maritime symposium for German and Dutch companies was held on the shipyard site parallel to the royal visit.

Wismar, 21. May 2019 | Their Majesties King Willem-Alexander and Queen Máxima of the Netherlands called at MV WERFTEN’s Rostock facility today in the course of their working visit to Mecklenburg-Vorpommern. They were accompanied by the Dutch Infrastructure Minister Cora van Nieuwenhuizen and the Minister-President of Mecklenburg-Vorpommern Manuela Schwesig. The Dutch royal couple’s working visit serves to cultivate and further intensify relations between the two countries.

Hundreds of shipyard employees lined up to give the royal visitors a warm welcome on their arrival at the shipyard. On their tour of the yard through the large dock hall, King Willem-Alexander and Queen Máxima came into discussion with various employees and informed themselves about the progress of the construction of the first Global Class cruise ship as well as the shipyard group’s training programme. The royal pair also inspected a sample passenger cabin for the Global ships manufactured by the affiliated company MV WERFTEN Fertigmodule.

“It is a great honour for us to welcome the Dutch royal couple at our shipyard. We are delighted about the visit and trust that we were able to give a good impression of our construction programme and our expertise – and also, of course, that we are further strengthening German-Dutch business relations,” stated Peter Fetten, CEO of MV WERFTEN.

After their tour of the facility, the royals attended a maritime symposium of Dutch and German companies in the new shipbuilding hall. This symposium focused on networking between the Dutch and German maritime sectors. King Willem-Alexander opened a matchmaking event for the firms present at the conference. An initial cooperation agreement was signed: between MV WERFTEN and the Dutch company Bolidt, whose product range includes ship deck coverings.

MV WERFTEN comprises of three shipyards in Wismar, Rostock and Stralsund in the German state of Mecklenburg-Vorpommern (MV), has a staff of 2,900 and some of the largest docks and covered fabrication facilities in Europe. The yards are located in a region with an excellent transportation and logistics infrastructure and have direct access to the Baltic Sea. Further investments in a laser thin-plate welding line, cabin manufacturing, state-of-the-art software and other automation have been made to make MV WERFTEN one of the most efficient cruise ship builders in the world.

In their 70-year history, the three shipyards have designed, produced and fitted out around 2,500 sea-going newbuilds, including two AIDA cruise vessels, Premicon river cruise vessels and Stena Line ferries.