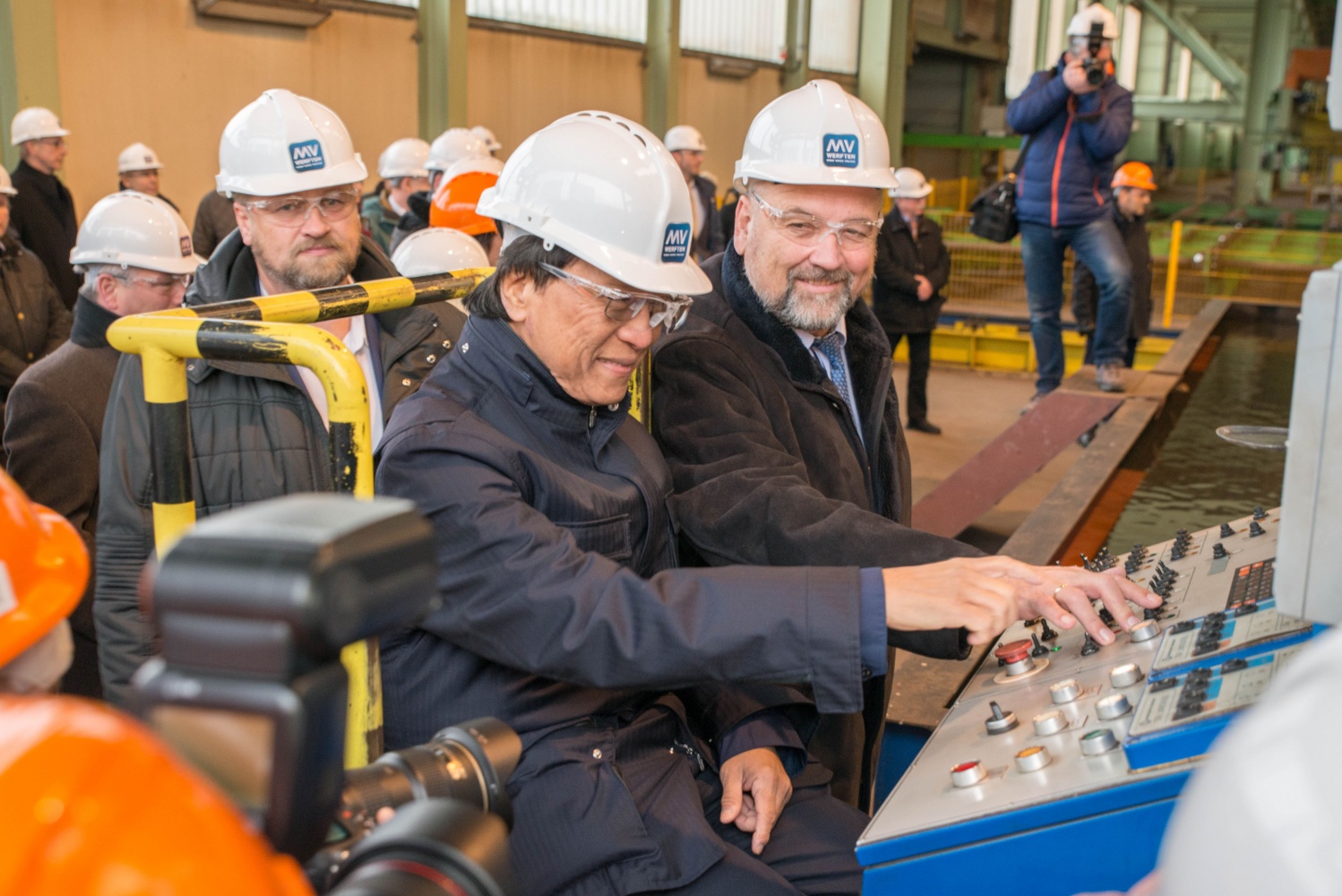 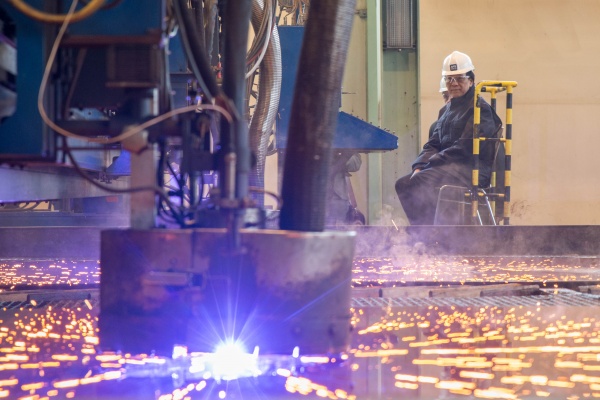 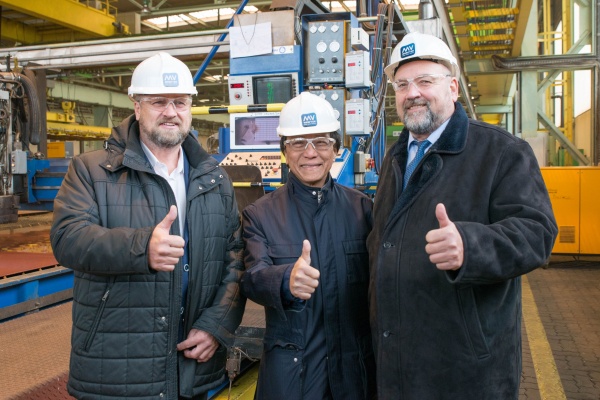 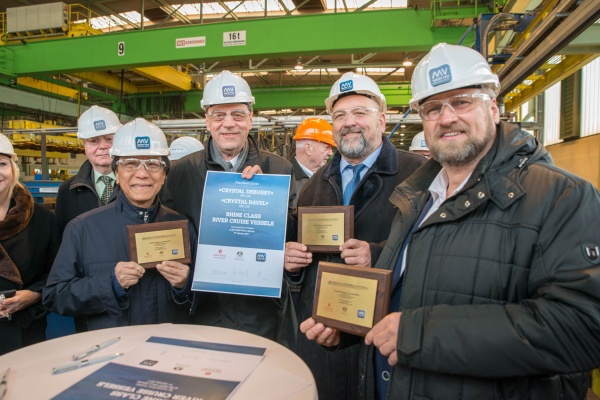 Wismar, 09. January 2017 | Today MV WERFTEN celebrated the cutting of the first piece of steel in Wismar, marking the ceremonial start of construction of two Rhine Class river cruise ships for Crystal River Cruises. The first plates of the luxury river ships were flame cut in the presence of the Genting Group Executive Chairman Tan Sri Lim Kok Thay, Mecklenburg-Vorpommern's Economics Minister Harry Glawe and numerous other guests. "Crystal Debussy" and "Crystal Ravel" are the numbers 3 and 4 of the Rhine Class of cruise ships that are built in Wismar: two ships, “Crystal Bach” and “Crystal Mahler” are already under construction. They will be handed over to luxury cruise line Crystal River Cruises this year.

The structurally identical "Crystal Debussy" and "Crystal Ravel", yard numbers 128 and 129, will be built completely at MV WERFTEN´s Wismar site. They will be approximately 135 metres long and eleven metres wide with a tonnage of 3,100 GT. After their delivery in 2018, the ships will cruise the Rhine, the Danube, the Main and the Moselle. Europe’s only all-balcony, all-suite river ships will explore the Netherlands, Germany, Austria and Hungary and accommodate up to 106 passengers. On board, travellers will not only find personal butler service and three gourmet restaurants, but also the world's highest guest-crew ratio on a river boat.

“Today is another crowning achievement in the growth of the Crystal brand, as we take another step closer in further delivering the growing demand for a true luxury experience on Europe’s rivers,” said Edie Rodriguez, Crystal’s Chairman, CEO and President. “It is my honor to witness this moment alongside the leaders of our wonderful parent company, our partners at MV WERFTEN, and the local community leaders, as ‘Crystal Debussy’ and ‘Crystal Ravel’ will soon join their sister ships.”

"This is a moving moment for us, because it is the first steel cutting ceremony under the MV-WERFTEN flag," said Jarmo Laakso, Managing Director of MV WERFTEN. "We are proud to be building these high-quality ships for Crystal River Cruises, which will meet highest safety and travel standards."

“MV WERFTEN is successfully continuing the path is has forged and actively pursuing its self-imposed targets,” stated Mecklenburg-Vorpommern's Economics Minister Harry Glawe. “Every steel cut for a new ship is a positive signal for the entire maritime industry.”

MV WERFTEN´s order book includes a total of nine ships for the next five years. In addition to four river cruise vessels, three expedition megayachts for Crystal Yacht Expedition Cruises and two cruise ships of the Global Class for Star Cruises – the largest in the world regarding passenger capacity – will be built at the Group´s three shipyards.