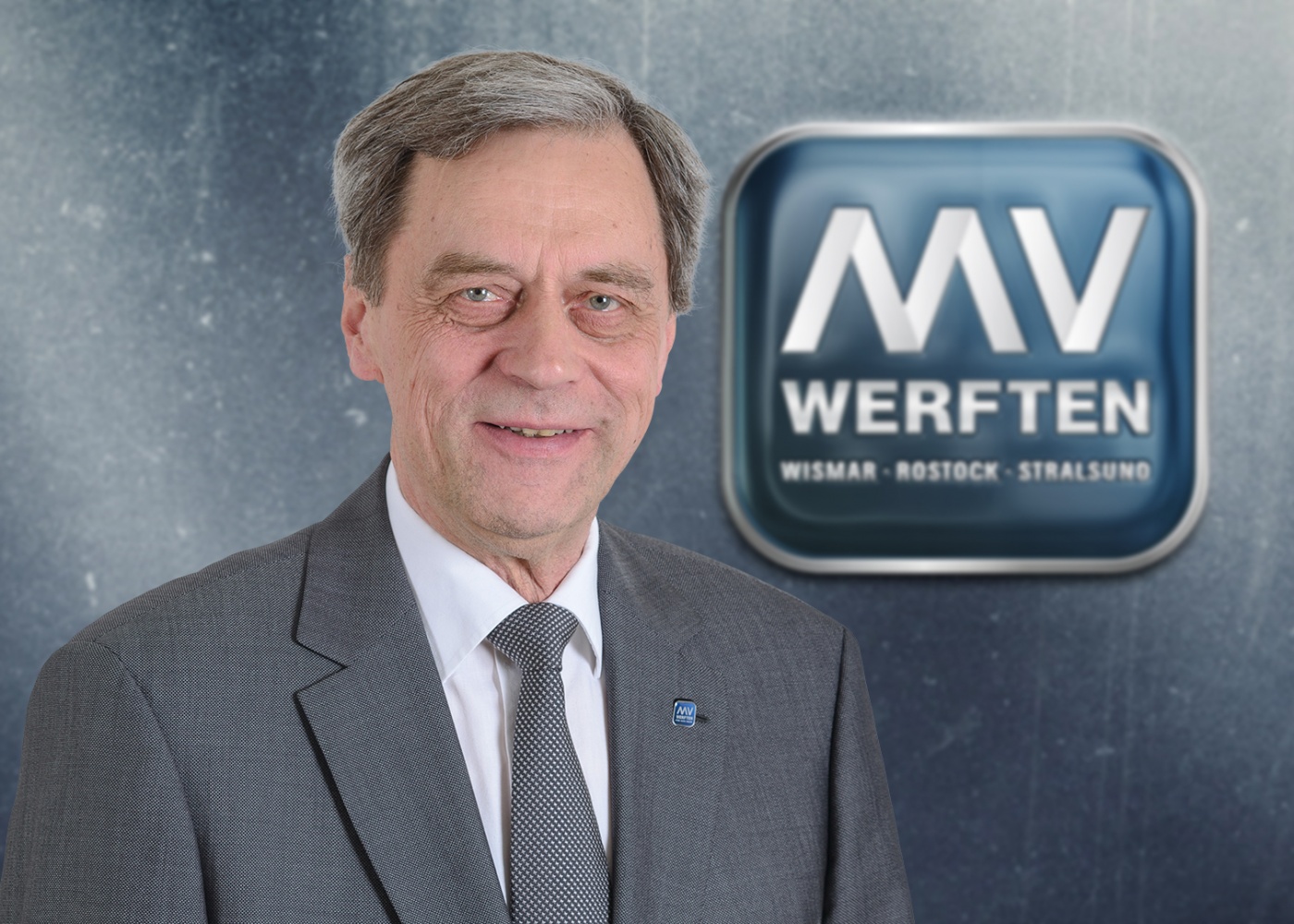 Over the past two years, since its inception and under the directorship of Jarmo Laakso (67), MV WERFTEN has seen a period of dynamic growth. Because of personal reasons, Jarmo Laakso will now be stepping down as COO and will be leaving the executive board on July 31, 2018. He will continue to serve as an advisor and consultant to the shipbuilding group.

Wismar, 31. July 2018 | Over the past two years, since its inception and under the directorship of Jarmo Laakso (67), MV WERFTEN has seen a period of dynamic growth. Because of personal reasons, Jarmo Laakso will now be stepping down as COO and will be leaving the executive board on July 31, 2018. He will continue to serve as an advisor and consultant to the shipbuilding group.

With Jarmo at the helm, MV WERFTEN's team has commenced the design and building of three prototype vessels: the 135-metre long Rhine Class river ships, the 20,000 gross ton Endeavor Class polar-class expedition ships for Crystal Cruises and the 204,000 gross ton Global Class ships for Dream Cruises, the largest cruise ships to be built in Germany. Four Rhine Class river ships have been delivered, with the keel laying of the Endeavor Class taking place in August and of the Global Class in September of this year.

Concurrent with the building of the three prototype vessels, Jarmo also led the implementation of a 250 million euro investment program to renew and upgrade all machinery, equipment and infrastructure in the three shipyards. The combined Wismar and Rostock yards are thus capable of building one 204,000 gross ton Global Class ship a year and the Stralsund shipyard one mid-size cruise ship of up to 65,000 gross tons a year. Jarmo initiated the construction of a new hall in Rostock which will house a new state-of-the-art automated laser-hybrid thin-steel welding line for block production with outfitting line, which will be operating at full production in October of this year. He also helped to establish the company's own cabin factory, MV WERFTEN Fertigmodule and the company’s own hotel in Wismar, which will open next year.

Under his leadership, the number of employees has almost doubled to 2,400 and he has earned the respects of the company’s employees, management and directors. “We were very fortunate to have Jarmo start MV WERFTEN as his decades of experience as a shipbuilder – both from working on behalf of the shipyard and later on behalf of ship owner – means that we had a fast start as the interests of the shipyard MV WERFTEN and the ship owner is one and the same,” said Tan Sri Lim Kok Thay, Chairman of Genting Hong Kong. “We know that Jarmo has put in more than his full efforts in the last two years and are pleased that he will continue to be our consultant and advisor in the future.”

Jarmo Laakso led and represented the company with his Nordic manner and prudent management style. Harry Glawe, Minister for Economic Affairs, Labor and Health in Mecklenburg-Western Pomerania said: "I have gotten to know Jarmo Laakso though the numerous meetings regarding Genting's investment in Mecklenburg-West Pomerania's shipyards and always experienced him to be open to the exchange of ideas. As managing director, he made considerable contributions to the establishment of the Rostock-Warnemünde, Wismar and Stralsund locations. I was particularly impressed by his good connection to the employees, which was a significant factor in the motivation and eagerness with which the workforce responded to new tasks."

This was echoed by the Chairman of the Central Works Council, Ines Scheel: "Our working relationship was characterized by mutual regard and respect. We had established a healthy debate culture in our discussions, always keeping the welfare of MV WERFTEN and its employees front and center."

Jarmo Laakso stated: "I would like to thank our partners for the trust placed in me and the team at MV WERFTEN for their dedicated work and, of course, my family for their support. But more importantly, the trust and understanding the Chairman Tan Sri Lim and Genting Hong Kong in the MV WERFTEN team during the last two years, which allowed us to rejuvenate the three shipyards in such a short time. Together, we will forge ahead with the construction of the Endeavor and Global Class ships. I look forward to this. However, at the age of 67, the time has come to shift my attention from shipbuilding and focus on my family and personal life."

At the express request of the owner and MV WERFTEN's executive board, Jarmo Laakso will not leave the company altogether but will stay on in an advisory and consultant capacity, continuing to provide support in the implementation of ongoing projects. Peter Fetten, CEO of MV WERFTEN, added: "I would like to thank Jarmo for what has already been achieved and am very pleased that he will remain on board. We value him as an expert. We will make the most of his many years of experience in various fields."