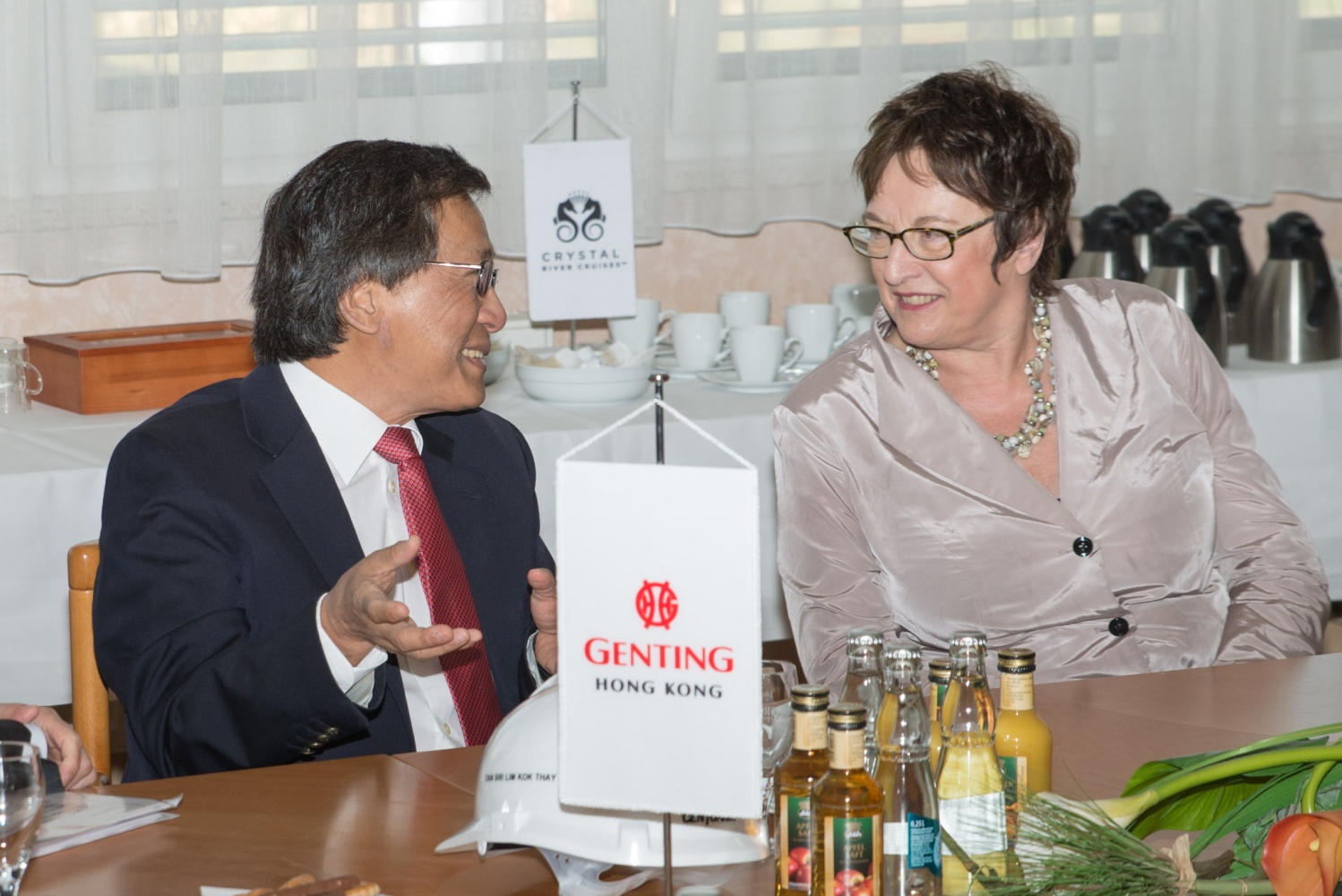 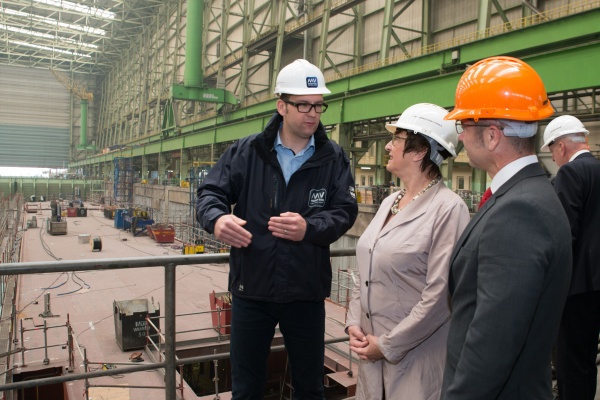 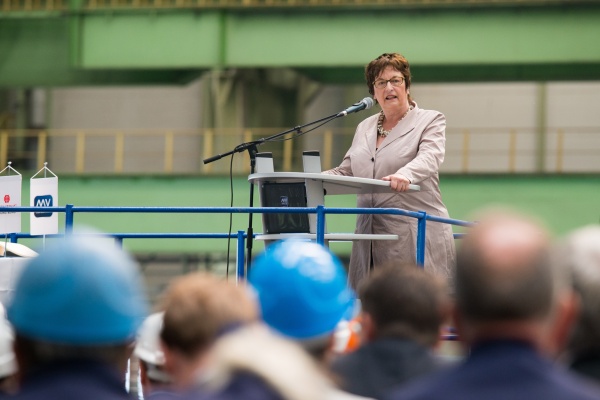 The focus of the visit of the German Minister of Economic Affairs and Energy was on conversations with the management and employee representatives about the current shipbuilding and investment programme.

Wismar, 09. August 2017 | Today, Federal Minister of Economic Affairs and Energy, Brigitte Zypries, paid a visit to MV WERFTEN in Wismar. She was accompanied by Mecklenburg-Vorpommern’s Minister for Economic Affairs, Employment and Health, Harry Glawe. The focus of the visit was on conversations with the management of the shipbuilding group and a guided tour of the premises. Genting CEO and Chairman Tan Sri Lim Kok Thay and MV WERFTEN Chief Financial Officer Richard Gruenhagen, together with further representatives of the management and the works councils, told the Minister all about their current shipbuilding programme and their extensive investment plans. In the guided tour to follow, the Minister was able to get a first-hand impression of their state-of-the-art production facilities as well as looking at three river cruise ships, which are currently under construction in Wismar.

Federal Minister of Economic Affairs Brigitte Zypries: “The commitment of the Genting Group at their three MV WERFTEN sites in Wismar, Rostock and Stralsund is having a positive effect on the number of jobs available in these local areas, on Mecklenburg-Vorpommern as a maritime-focused region and on the entire ‘Made in Germany’ supply industry. The maritime economy plays a key role in the competitiveness of the German economy and in the securing of growth and employment.”

“The effect on employment and on value creation for the region is already huge,” explained Richard Gruenhagen, Director of Finance and Administration. “And we are making further investment in our three sites. By the time we have set up production for our ‘Global Class’ cruise ships, the volume of investment will have reached more than half a billion euros, with investment being made in both modernisation and new construction projects in our shipyard facilities, as well as in recruiting and staff training.”

Last November, MV WERFTEN launched the biggest job offensive yet in Mecklenburg-Vorpommern. Since then, over 300 new members of staff have been recruited. With currently over 1,600 employees, MV WERFTEN is one of the biggest employers in the state. By 2021, the number of employees will have almost doubled, rising to over 3,000, and there will also be employment opportunities for around 3,000 external partners. Furthermore, at the start of the new training year, the shipyard group will also be taking on more young trainees than any other company in the whole of the Mecklenburg-Vorpommern private economy, with 90 apprentices starting across the company and twelve students commencing a ‘sandwich’ degree, involving both work placements and periods of study.