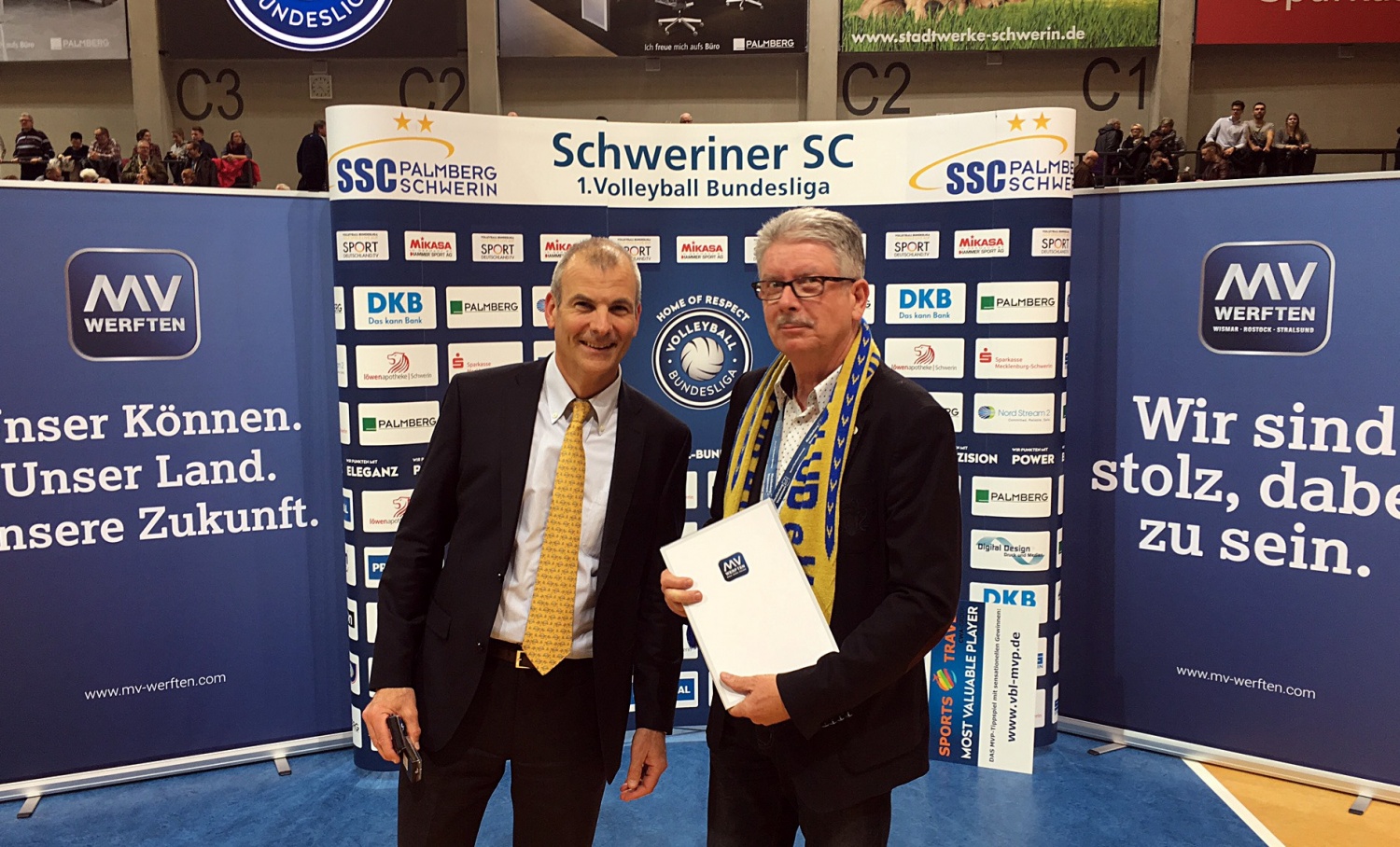 The contract for this and next season was signed on 1 March by Managing Directors Jarmo Laakso and Richard Gruenhagen as well as SSC President Johannes Wienecke.

Wismar, 02. March 2017 | As of now, MV WERFTEN is one of the sponsors of the SSC Palmberg Schwerin female volleyball players. Jarmo Laakso and Richard Gruenhagen, Managing Directors of MV WERFTEN, as well as SSC President Johannes Wienecke signed the sponsorship contract in the Palmberg Arena in Schwerin on 1 March during the last home game of the season. The sponsorship of the first league team will continue for the 2016/17 and 2017/18 seasons.

While signing, Richard Gruenhagen stressed the importance of sponsoring as a sign of the regional and social commitment of the shipbuilding group: “The SSC Palmberg Schwerin is the most successful team in Mecklenburg-Vorpommern, plays in the highest division and is successful on national and international levels. This is in line with our aspiration to generate top-class national and international achievements and to be part of the league’s crème de la crème. And like the SSC, we also want to make the best players notice us and get them to Mecklenburg-Vorpommern.”

“We are very pleased about the support of MV WERFTEN and are already looking forward to the cooperation. It is only thanks to sponsors like them that we can offer volleyball at the highest level in Schwerin, intensively foster young talent, and draw international attention at the same time,” said SSC President Johannes Wienecke, praising the company’s involvement.