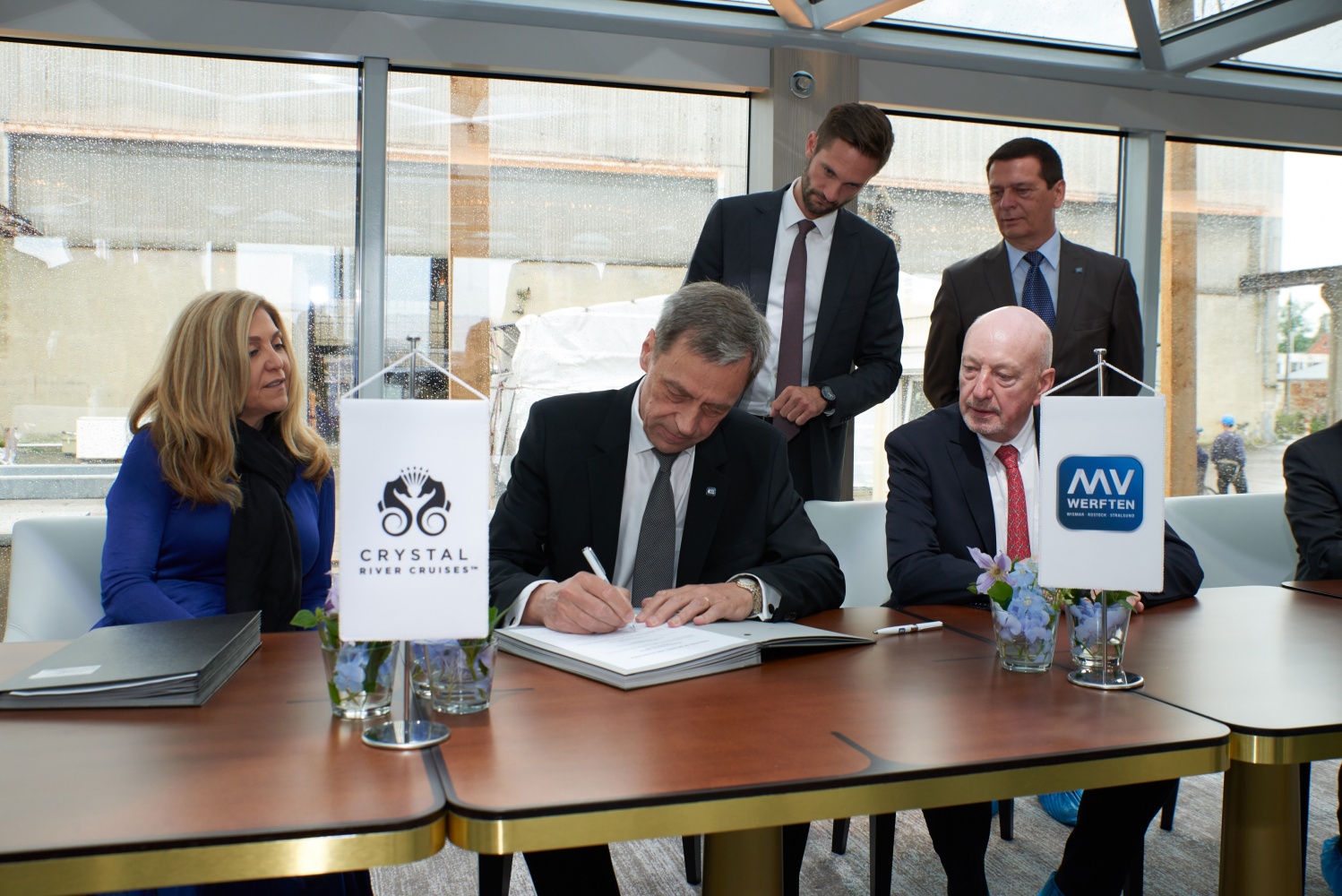 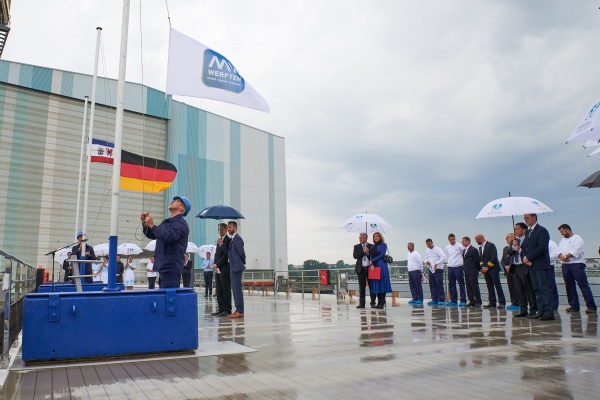 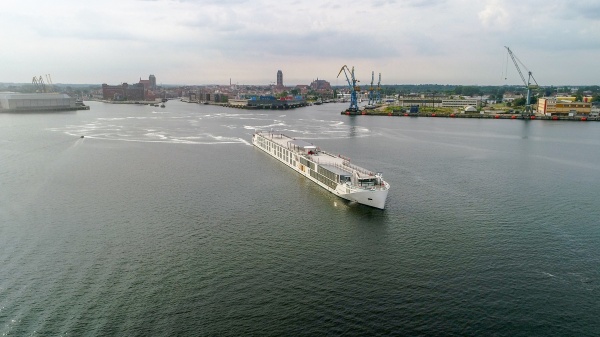 On 3 August, the handover ceremony for the 135-metre long river cruise vessel took place in Wismar, the first delivery under the flag of MV WERFTEN.

The 135-metre long and 11.4-metre wide “Crystal Bach” was designed for river cruising in Europe. Up to 106 passengers will sail along the Rhine, Danube and Main Rivers through the Netherlands, Belgium, Germany and Switzerland in 55 large suites, all designed to be above the water line with horizontal sliding windows.

Most of the public areas have floor to ceiling glass, providing a spectacular view of the surroundings and reminiscence of designs of new personal yachts. The Palm Court has a glass-domed ceiling, which will allow passengers to see the sky during daylight and the moon and stars in the evening. The luxury river yacht offers its passengers the award-winning Crystal service, including personal butler service and the world’s highest crew-to-guest ratio in the river cruise industry.

The ship also features all the favorite facilities of the Crystal brand such as three gourmet restaurants, a spacious spa and gym, a counter current swimming pool, electric bicycles, piano bar, bistro and other facilities.

"Today, we proudly hand over this exclusive ship,” announced Jarmo Laakso, Managing Director of MV WERFTEN, during the ceremony. "The 'Crystal Bach' is the first newbuilding project to be completed under the MV WERFTEN flag. Our employees have done wonderful work and proven that they can meet the highest quality standards."

Edie Rodriguez, CEO and President of Crystal Cruises, stated: "With the 'Crystal Bach' we now welcome the second member of the Crystal River Cruises fleet. We would like to thank MV WERFTEN for this wonderful ship. In the past months, we have had the pleasure of working with this shipyard as an experienced and reliable partner and look forward to our cooperation in the coming three projects."

"We have incorporated the best navigational and safety standards on ocean ships to the Crystal fleet of river ships with four Azimuth thrusters for easy maneuverability, forward bridge with two navigators seated at all time with state-of-the-art navigation system and had river ship training at the Simwave simulator center in Rotterdam," said Gustaf Gronberg, SVP of Newbuilding and Marine Operations.

The "Crystal Mahler", the second ship in the line, will be delivered in a few weeks' time. Numbers three and four of the Rhine Class, the "Crystal Debussy" and the "Crystal Ravel", have been under construction at MV WERFTEN in Wismar since January. The keel-laying ceremony took place in May; delivery to Crystal River Cruises is scheduled for early 2018.