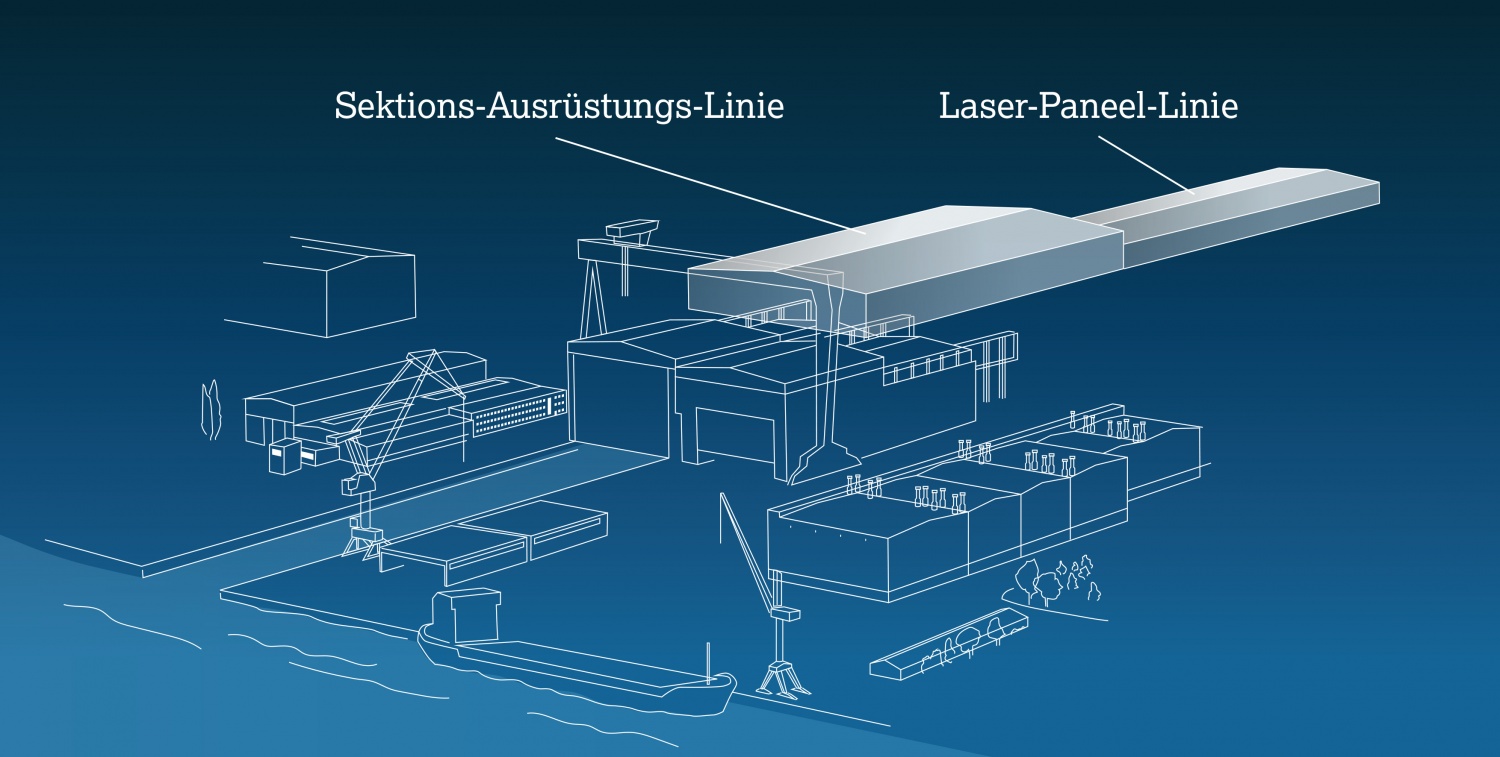 The shipyard group is to build a new production hall with an advanced laser-hybrid welding line in Rostock as part of its total investment plan. Contracts with Pemamek, Inros Lackner and Warnow Design were signed in Rostock on 27 September.

Wismar, 27. September 2016 | MV WERFTEN invests further in its sites: Today, three contracts for the extensive investment programme for the Rostock yard were signed. The agreements include a purchasing contract for a new thin-plate laser panel line with welding and production automation specialist Pemamek, the construction of a new hall with engineering company Inros Lackner and design services with service engineer Warnow Design.

Tan Sri Lim Kok Thay, Chairman of the Genting Group, said: “This investment clearly indicates our long-term commitment to our yards and our plans to make MV WERFTEN one of the world’s most modern and efficient cruise shipbuilders.”

“With the investment in our Rostock yard and especially in this new and most efficient welding method, we will further increase our steel prefabrication capacity and thus improve our productivity,” added Jarmo Laakso, Managing Director of MV WERFTEN. With the new line, the shipyard group will have one of the most modern welding stations in Europe and will then be able to handle the planned cruise shipbuilding projects with large amounts of thin steel plate construction. The advanced laser-hybrid welding station will be installed in the new hall from September 2017. Commissioning will be in February 2018.

The so called laser-hybrid technique offers a new high-quality and effective welding method by providing higher speed at less energy and heat input, thus causing less distortion and subsequently considerably lowering straightening work. In contrast to traditional steel processing, this technology allows improved stability at much lower costs and in highest precision.
Ground-breaking ceremony for the construction of the new hall in Rostock will be in early 2017. The shipyard group will furthermore invest in a new block building line by the end of this year. In total, MV WERFTEN invests around €75 million in its Rostock yard.