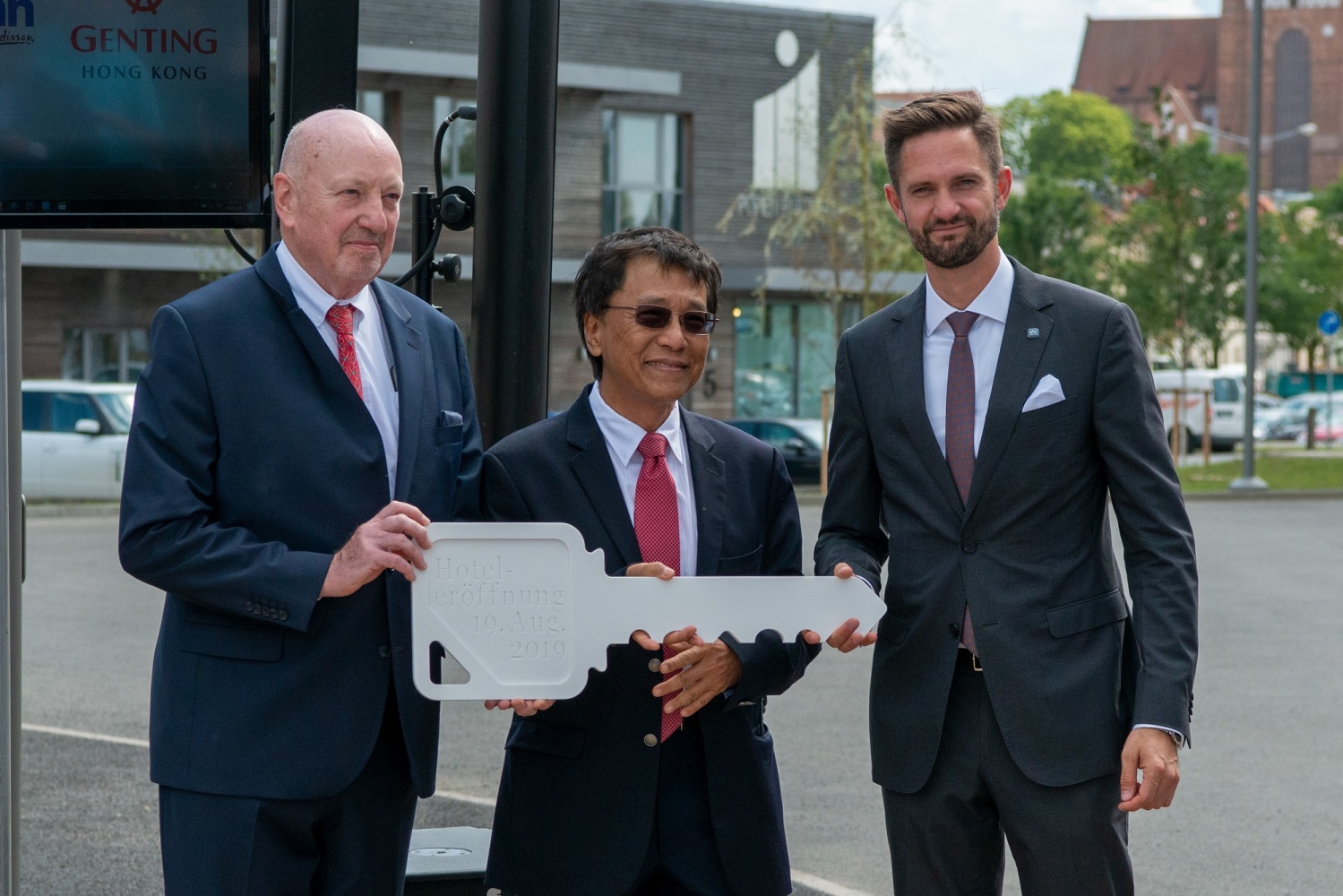 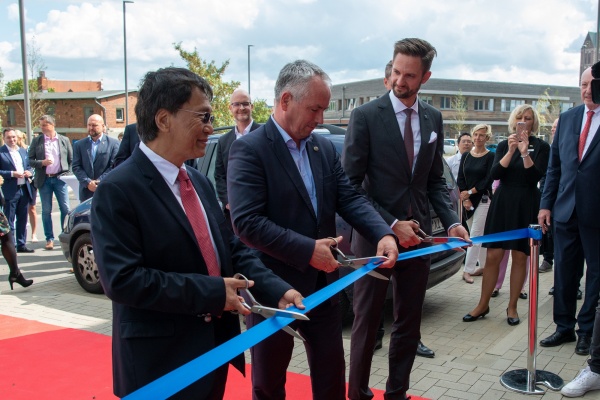 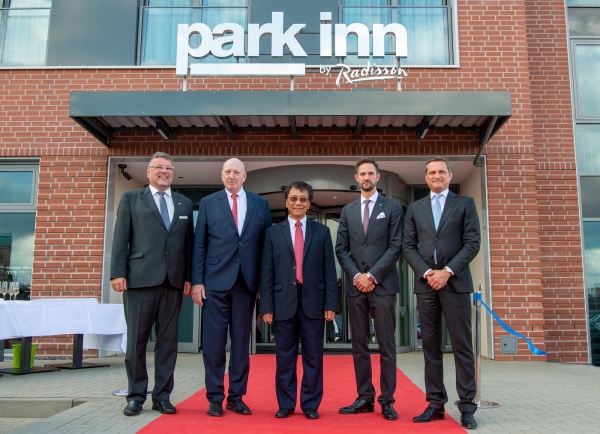 The new building located at the Alter Holzhafen in Wismar was officially opened on 19 August. Park Inn by Radisson is managed by Radisson Hospitality AB under a franchise contract with MV WERFTEN. It has 98 rooms, a restaurant and a bar. The special feature of the hotel is that the rooms were fabricated as ship cabins by MV WERFTEN Fertigmodule in Wismar.

Wismar, 19. August 2019 | The MV WERFTEN hotel located at the Alten Holzhafen in Wismar was officially opened today. Tan Sri Lim Kok Thay, Chairman and CEO of Genting Hong Kong, Managing Director Oliver Behrendt and Wismar’s mayor Thomas Beyer symbolically cut the blue ribbon in front of the hotel entrance at the ceremony attended by about 150 invited guests. “This new building project is something very special for us,” noted Tan Sri Lim during the event. “As a hotel with rooms that are ship cabins, it unites two of our most important business areas: tourism and cruises. It is also part of our sustained involvement and extensive investment in Mecklenburg-Western Pomerania.”

The hotel, which operates under the name Park Inn by Radisson Wismar, an upper midscale hotel brand, is managed under a franchise contract. It provides 98 rooms and suites, sized between 19 and 35 m², plus a restaurant serving healthy and regional cuisine, two conference rooms, a bar and a lounge offering a view of the Port of Wismar. The special feature of the hotel is that the rooms were produced in MV WERFTEN’s own cabin factory, the subsidiary MV WERTEN Fertigmodule GmbH, in Wismar – as ship cabins, as currently also being manufactured for the Global Class cruise ships.

“We are delighted about the opening of our hotel,” reported Oliver Behrendt, Managing Director of MV WERFTEN Alter Holzhafen Beherbergungsstätte GmbH. “As the shipyard and the historic old town are in the immediate vicinity, the hotel is the ideal accommodation not only for partners, consultants and guests of the shipyard, but also for business travellers, individual tourists and families. And our hotel is the only place where you can stay overnight on land while enjoying the atmosphere of a cruise ship.”

Yilmaz Yildirimar, Area Senior Vice President Radisson Hotel Group, stated: "We are excited to be taking part in this project with MV WERFTEN. The new Park Inn by Radisson in Wismar completes our presence on the Baltic Sea, which ranges from Lübeck, via Rostock and Swinemünde to Gdansk."