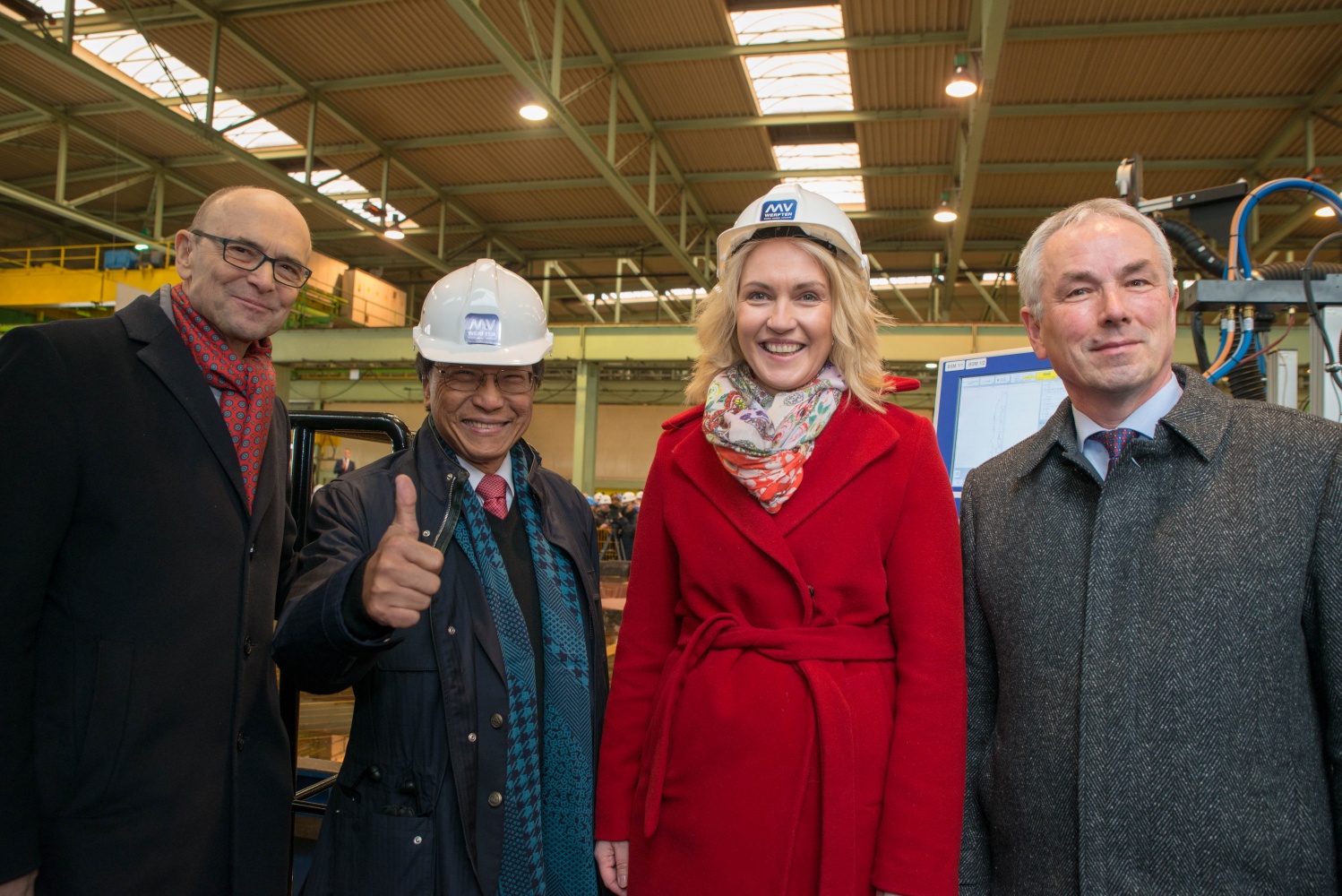 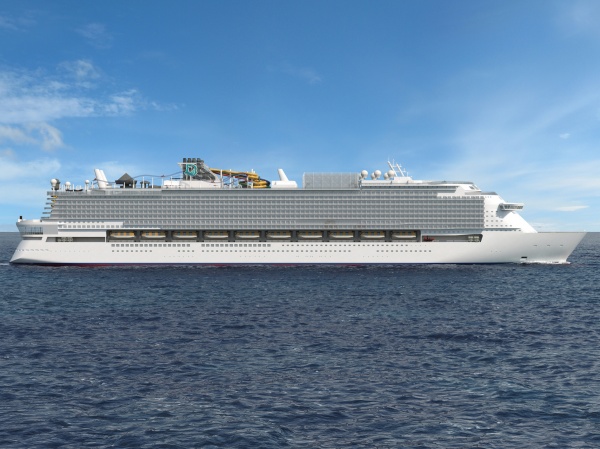 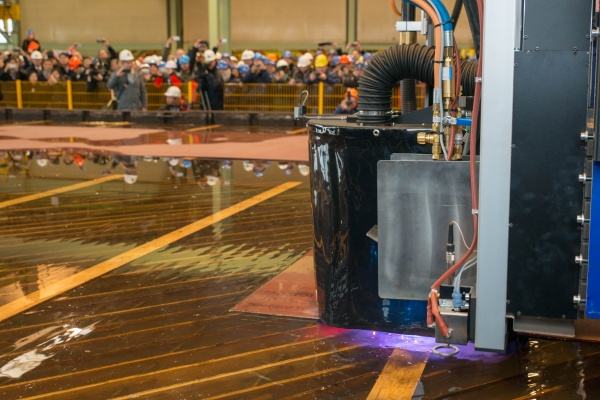 The first steel cut for the most technologically advanced cruise ship in the world with artificial intelligence was made by Genting Hong Kong’s CEO and Chairman Tan Sri Lim Kok Thay today.

Wismar, 08. March 2018 | Accompanied by the sound of ships' horns, construction work began on the first Global Class ship today. The Minister President of Mecklenburg-Vorpommern, Manuela Schwesig, and the Chairman and CEO of Genting Hong Kong, Tan Sri Lim Kok Thay, launched the flame cutter for the first steel cut in the Wismar yard of MV WERFTEN. Just a few minutes later, first steel was cut in the Rostock yard. Both sites will be needed to manufacture the 204,000 gross ton Global Class ship, the largest to be built in Germany.

Production will take place in parallel in Wismar and Rostock, with final assembly to be carried out in the Wismar yard. The first Global Class ship is to be delivered at the end of 2020. Approximately 600 companies are involved in the construction process.

“After designing the Global Class ships for the last three years and investing over 210 million euros to make MV WERFTEN the-state-of-the-art cruise shipbuilding yard in the last two years, we are very pleased to finally start construction on the first Global cruise ship today,” said Tan Sri Lim Kok Thay. “These ships are not only the largest cruise ships to be built in Germany; they are also the most technologically advanced with artificial intelligence. The Global Class ships will follow the embrace of Asians of artificial intelligence in their daily lives, with facial and voice recognition for most services onboard and robots to perform mundane tasks, allowing the crew to focus on service delivery”, he added.

The Global Class ships will be 342 meters long and 46.40 meters wide with a draft of 9.50 meters. With a capacity of 204,000 gross tons (GT), the ship can accommodate about 5,000 passengers in 2,500 cabins based on a twin share basis. However, the cabins are uniquely designed for the Asian family and can comfortably sleep two, three or four persons with split (two) bathrooms, allowing for a wider price point for the Asian market. With total life-saving capacity of up to 9,500 passengers, the Global Class ships can cater for the extremely high peak holiday periods in Asia. In addition to the usual 28 large elevators, the Global Class will also have eight sets of escalators connecting the public areas, the first cruise ship to have escalators. With facial recognition, there will be minimal queuing for boarding, disembarkation and payments; contextual marketing to even out demand on ship facilities and other artificial intelligent systems.

Jarmo Laakso, CEO of MV WERFTEN, said: “We are manning up to the major challenge to build these magnificent ships and we will use all our skills and expertise to promote ‘Shipbuilding made in MV’ worldwide as a trademark of quality. We would like to thank our employees and partners for their excellent work during the design and planning phase. This achievement must now be carried forward in the construction phase.”

“The start of construction is an important step for the maritime industry in Mecklenburg-Western Pomerania,” explained Harry Glawe, Minister of Economics, Employment and Health. “With the onset of the construction of the Global Class cruise ship, MV WERFTEN continues to implement its strategy for the future of our country, supporting the construction of ships with the involvement of domestic suppliers and service providers. The outstanding orders will ensure the creation of important industrial jobs here in Germany.”

"Today is a truly historic day," said Wismar's mayor, Thomas Beyer. "The construction of the largest ship ever to be built in Wismar will now begin. We share in MV WERFTEN's celebration and wish them great success and a productive and accident-free construction process."

MV WERFTEN’s order book includes six more ships, to be completed by 2021; the “Crystal Ravel” will be handed over in April. The company began construction on the first of three expedition mega yachts in Stralsund this past January with the first delivery at the end of 2019. Construction on the second Global Class ship will begin in early 2019 for delivery at the end of 2021.