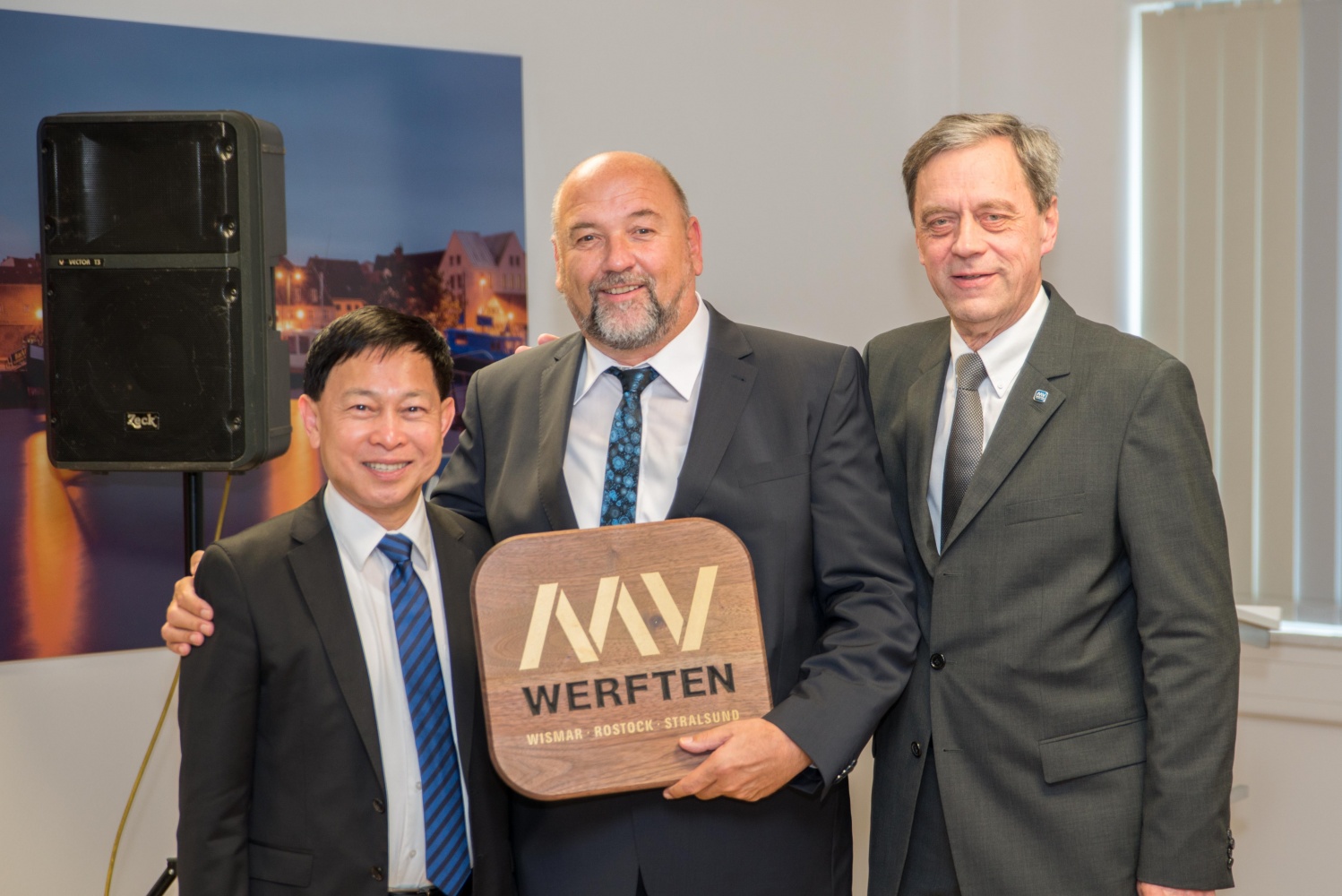 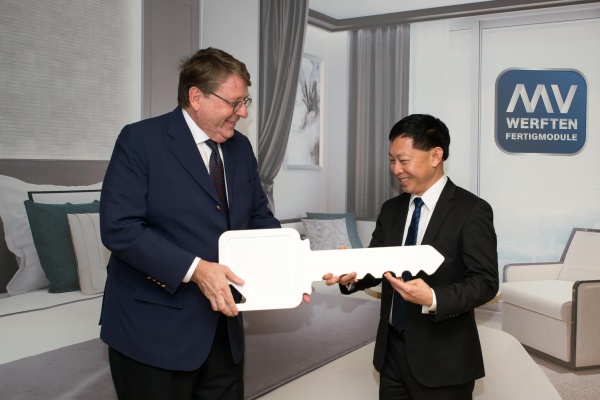 The founding of an own cabin factory is part of the extensive investment programme of the MV WERFTEN Group for the Wismar site. Up to 200 new jobs will be created.

Wismar, 02. November 2016 | Today, MV WERFTEN Fertigmodule GmbH, part of the MV WERFTEN Group, officially took over its own cabin factory in Wismar. The facilities with a total area of 22,000 square metres will be used for manufacturing ship cabins for the cruise ships with delivery from 2020. Besides a modern production area of 8,700 square metres, the acquired premises have over 4,000 square metres of storage area.

The factory is located less than two kilometres from the Wismar shipyard and, being adjacent to the autobahn A20, has excellent transport links to the group’s other two shipyards in Rostock and Stralsund. In addition to the purchase price, MV WERFTEN will invest major funds in the extension and modernisation of the facility. The total investment in the cabin factory is €13 million. Up to 200 new jobs will be created.

“Having our own cabin factory is very important as large cruise ships can only be built on a time- and cost-effective basis with prefabricated cabins,” said Jarmo Laakso, Managing Director of the MV WERFTEN Group. “MV WERFTEN Fertigmodule will supply us with high-quality prefabricated cabins at a competitive price.”

The Economics Minister of Mecklenburg-Vorpommern Harry Glawe stated: “The establishment of an own production facility for ship cabins and the resulting investments reaffirm the commitment of the Genting Group to the shipbuilding industry in Wismar, Rostock and Stralsund. The entire maritime industry throughout Mecklenburg-Vorpommern is being strengthened. Hundreds of jobs are being secured and created.”

“Our €13 million investment includes factory buildings, a state-of-the-art assembly line, a cabin warehouse of 3,500 square metres for up to 280 completed cabin modules and a RFID-chipped material storage area”, reported Volker Asmus, Managing Director of MV WERFTEN Fertigmodule GmbH. “We are eager to set new efficiency standards for cabin production. Our first cabins will be manufactured in mid-2017.”

Thomas Beyer, Mayor of Wismar, welcomed the investment of MV WERFTEN: “The foundation of MV WERFTEN Fertigmodule does not only create a large number of jobs in our city, but also strengthens its industrial competence. This is a great opportunity for both Wismar and the whole region to prove its maritime know-how and to maintain its position in the international shipbuilding market. We are looking forward to a successful collaboration and of course give our strong support.”

The founding of MV WERFTEN Fertigmodule GmbH is part of MV WERFTEN’s extensive investment programme of €160 million for all of its three shipyards in order to be one of the most efficient cruise shipbuilding groups in the world. A €75 million investment in the Rostock site, e. g. in a thin plate hybrid laser line, was announced on 27 September 2016.