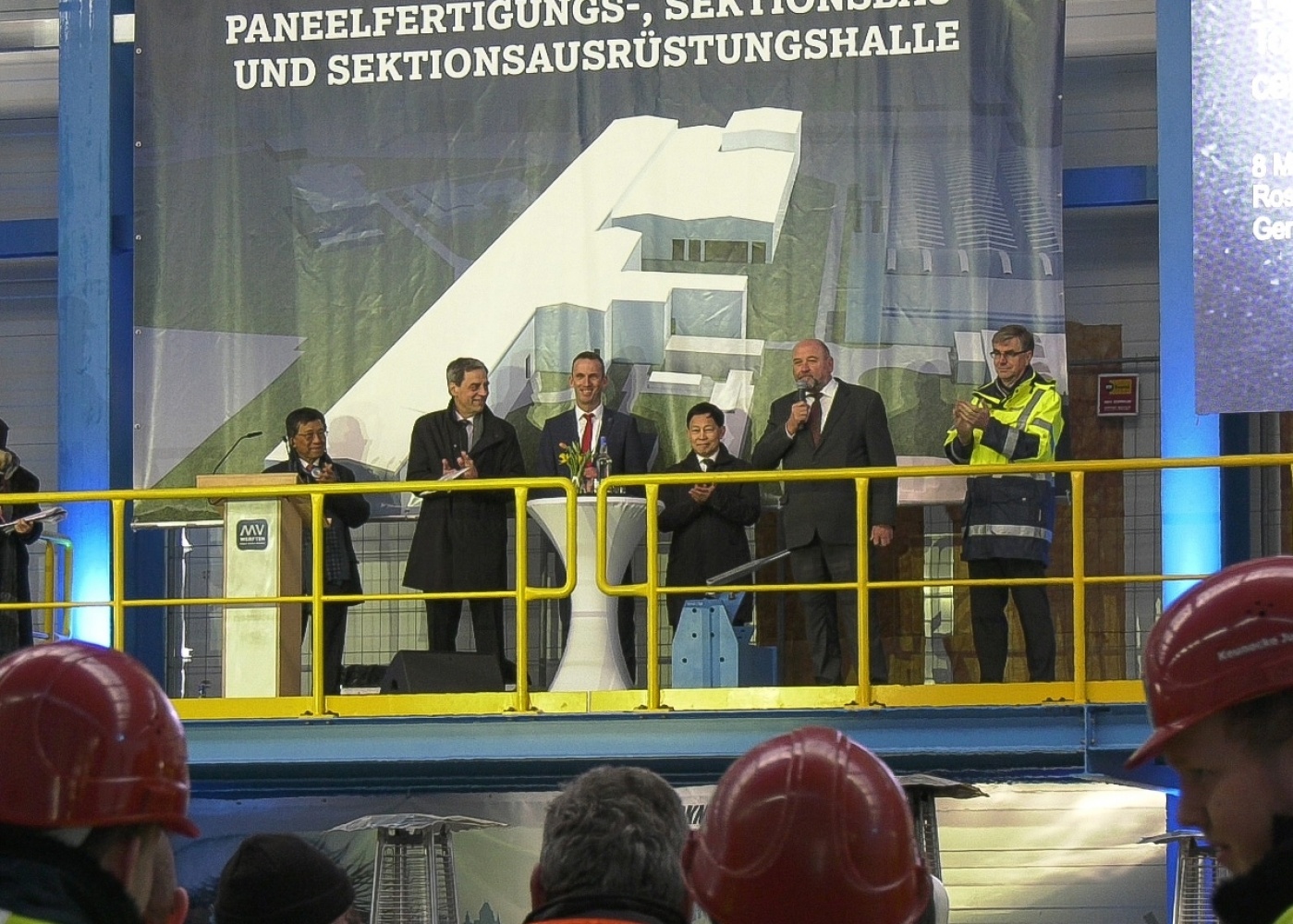 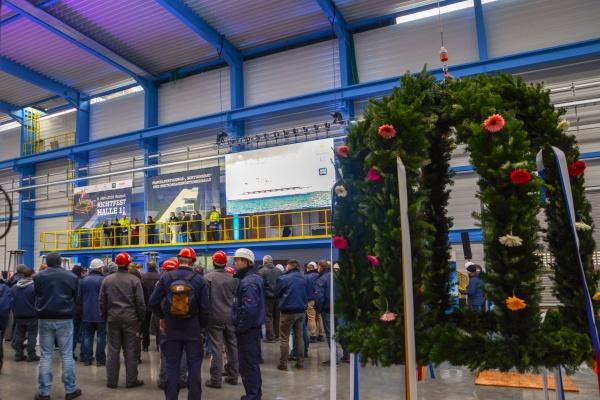 With the topping-out ceremony for MV WERFTEN's new shipbuilding hall at its Rostock site, the company has reached an important milestone. Starting in September, the Global Class ship panels will be fabricated here. Overall, the shipyard group is investing more than 80 million Euros in the hall, an investment that will also create 200 new jobs.

To date, roughly 17,000 cubic meters of concrete and 4,000 tons of steel have gone into the construction of the new shipbuilding hall, which measures 396 by 99 meters. In addition to the panel line, the hall will house a section line as well as a line for section outfitting. The most remarkable feature of the new hall is a highly efficient automatic panel line, the installation of which began in January. After the commissioning of the facility in September, the panels for the Global Class cruise liners will be produced here. These panels will measure up to 25 by 16 meters and will be produced using a laser-hybrid technique.

“We will be equipped with one of the most modern welding systems in the world, further increasing our productivity as well as our capacity for steel prefabrication,” said Jarmo Laakso, CEO of MV WERFTEN. “In total, we are investing more than 100 million Euros in the Rostock location, more than 80 million of which have gone into the new shipbuilding hall.”

“Everyone is pulling together,” said Patrick Mieth, one of the project managers at Bau-GU Züblin. Mieth is especially pleased with the positive and results-oriented collaboration of all those involved in the construction. “With the team spirit that is evidenced in our daily work, we have been able to hit all of its ambitious deadline targets thus far.”

More than 200 new jobs will be created at the new shipbuilding complex. MV WERFTEN is already planning a new extension of the hall: the new 3,200-square meter hall-section 11.3 will house profile manufacturing. Construction on this project is also set to begin this year.