Transfer of the midship section of the “Global Dream” to Wismar 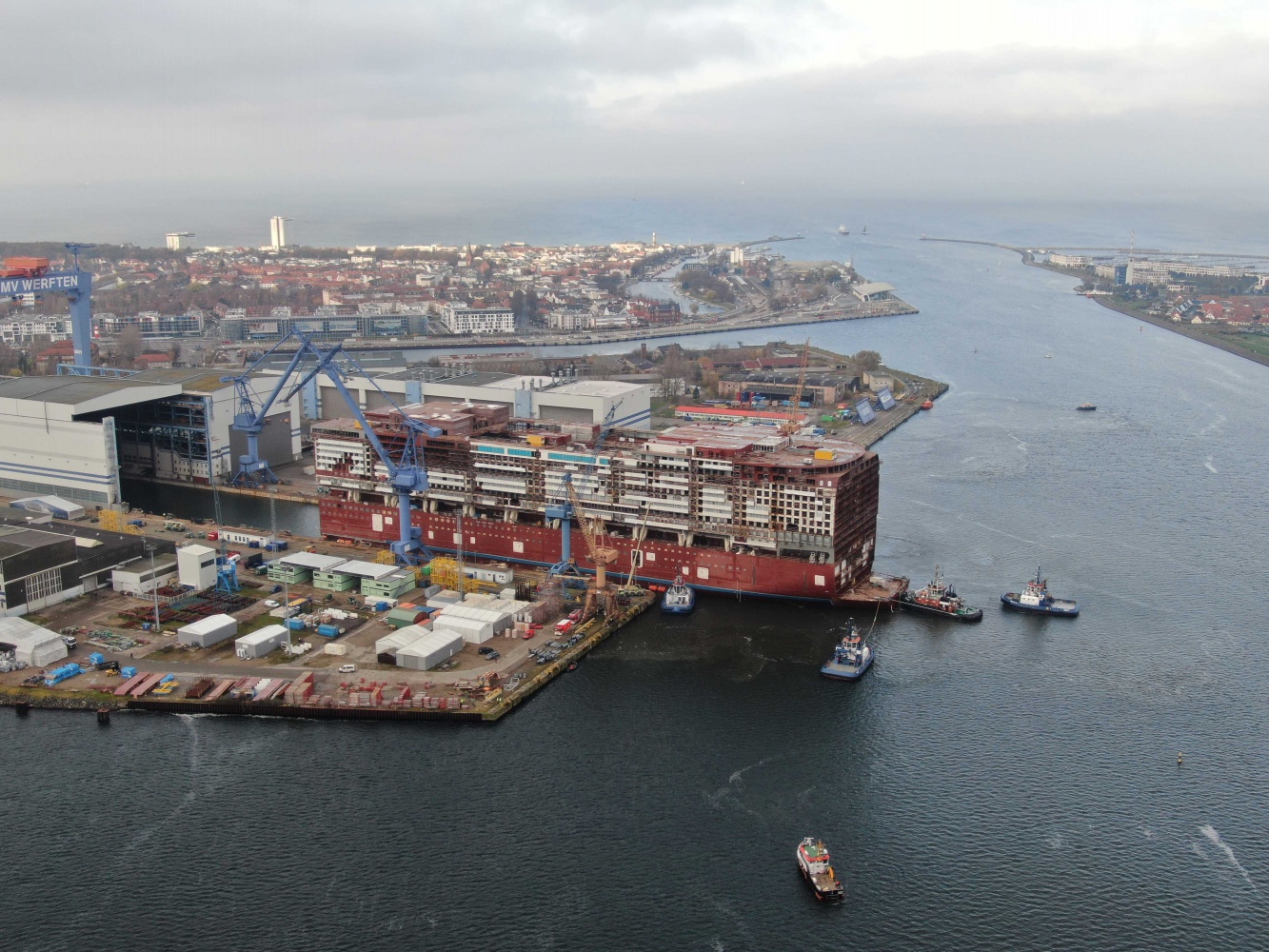 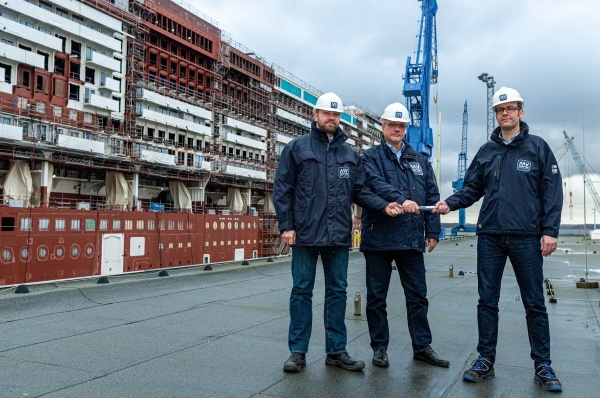 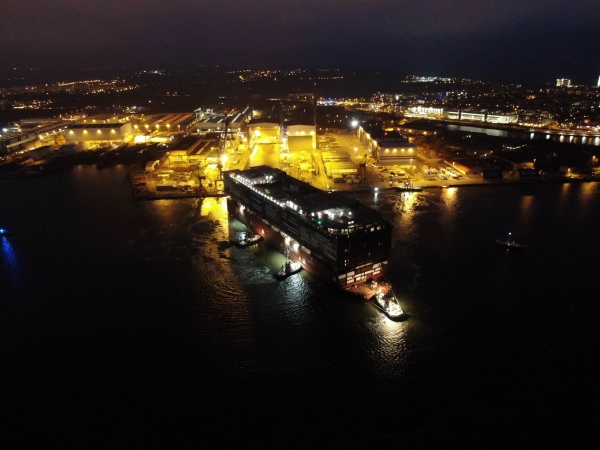 The transfer of the 216m long centrepiece of the “Global Dream” from Rostock- Warnemünde to Wismar commenced on 22 November 2019.

Wismar, 22. November 2019 | A huge towing project started today at MV WERFTEN in Rostock- Warnemünde: the transport of the 216m long and 57m high hull of the “Global Dream”, the first ship of the Global Class, to the shipyard in Wismar. The transfer between the two locations is to take almost a day, the midship section having to cover a route of 43 nautical miles, or nearly 50 land miles.
Proud of his team, MV WERFTEN’s CEO Peter Fetten comments: “I’m very satisfied with the work performed by our colleagues and partners on this gigantic project. A total of 145 large sections have already been assembled. This magnificent work is now being continued at the Wismar location.”

The transfer comprises three phases. In the first phase, the centre section of the “Global Dream” had to be taken out of dock in Warnemünde. The dock was flooded the previous day, the dock gate removed in the early morning and the hull pulled out somewhat with the aid of a leading tug. Then two assistant tugs tied up at the front part of the midship section, and a stern tug and two other assistant tugs tied up at the rear area and also provided steering assistance. After the undocking, a Rostock pilot took over control of the leading tug and guided the ship safely out of the Rostock port area.

The second phase, the transfer via a route of about 29 miles in the Baltic, is scheduled to begin in the evening, with the hull being towed by two tugs forming a tug convoy proceeding at a speed of two knots, or just under 2.5 mph. The transfer to the island of Poel in the Bay of Wismar takes about seven hours assuming optimal weather conditions.
This is where the third and final phase begins, when a pilot again assumes control and manoeuvres the tug convoy into the Bay of Wismar. The midship section of the “Global Dream” is due to arrive in the Port of Wismar probably at about 3 p.m. on 23 November. There it will be docked with the aid of four other tugs and secured in the dock hall.

The “Global Dream” is the largest ship ever built in Germany. At 208,000 gt with a length of 342m and width of 46m, she is one of the largest cruise ships in the world. She can accommodate up to 9,500 passengers and 2,200 crew members – more persons than any other vessel. The passengers sleep in passenger cabins that measure at least 20 m2 and are thus among the most spacious in the cruise sector. They are approx. 15% larger than the standard cabins provided on other ships.

MV WERFTEN comprises of three shipyards in Wismar, Rostock and Stralsund in the German state of Mecklenburg-Vorpommern (MV), has a staff of 3,000 and some of the largest docks and covered fabrication facilities in Europe. The yards are located in a region with an excellent transportation and logistics infrastructure and have direct access to the Baltic Sea. Further investments in a laser thin-plate welding line, cabin manufacturing, state-of-the-art software and other automation have been made to make MV WERFTEN one of the most efficient cruise ship builders in the world.

In June MV WERFTEN received the TOP Innovator Award 2019 and is one of the 100 most innovative small and medium-sized enterprises in Germany.