Wismar’s floating giant: The midship section of the “Global Dream” has arrived 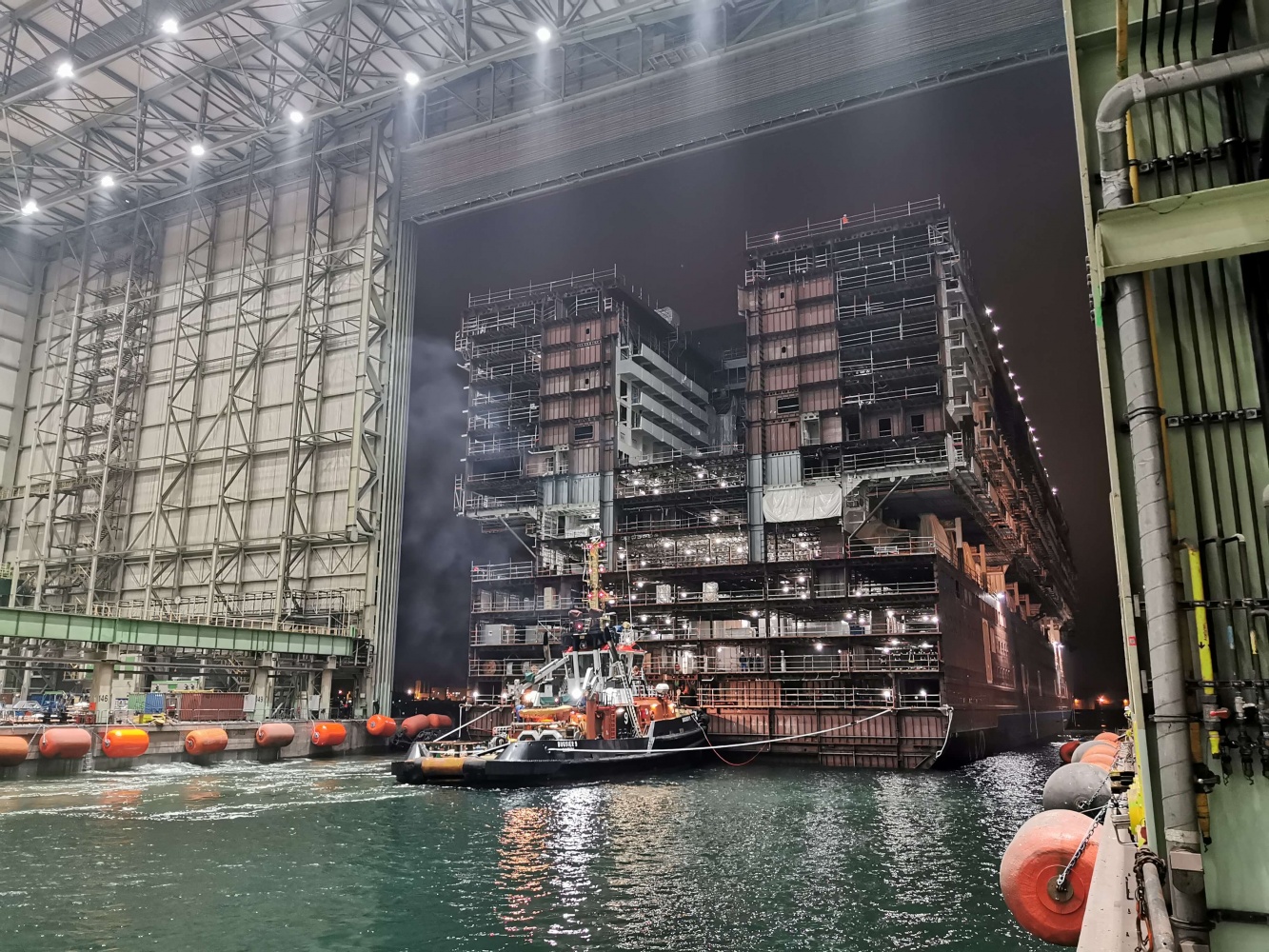 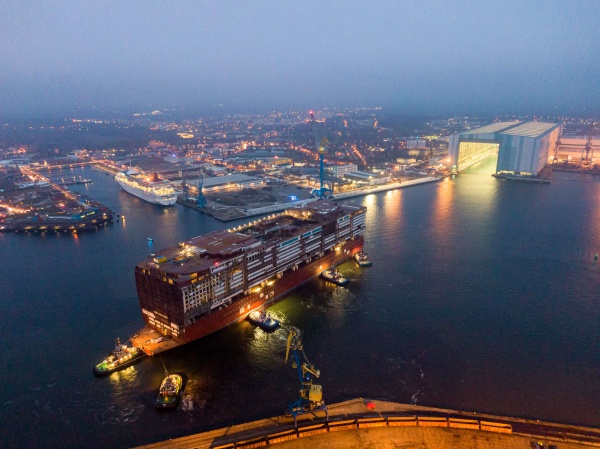 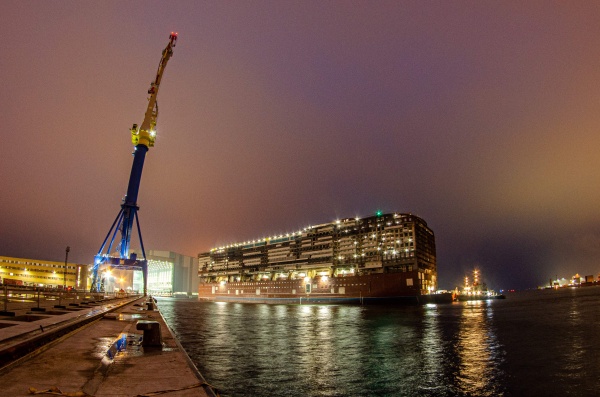 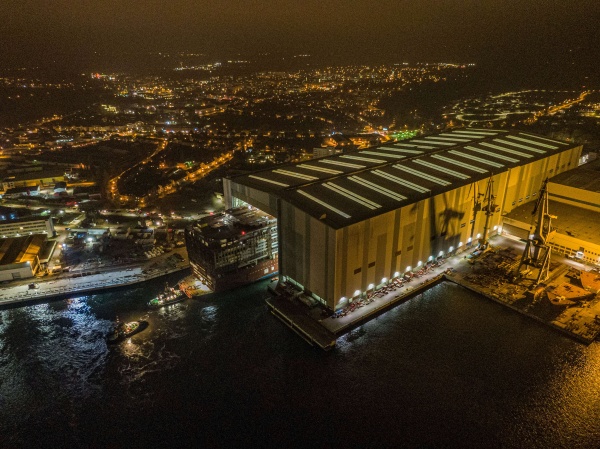 Thousands of onlookers watched the 216m long hull of the “Global Dream” arrive safely at the MV WERFTEN Wismar location in the afternoon of 23 November. The tug convoy took just under a day to cover the route of 50 miles from the Warnemünde shipyard.

After having been towed 50 miles for nearly a whole day at sea, the hull of the cruise ship “Global Dream” has arrived safely at the place where it will be assembled and fitted out. Thousands of impressed onlookers watched it come into the Port of Wismar at about 4 p.m. on 23 November. “We’re glad that the entire transport procedure – from undocking in Warnemünde to securing in the dock hall – proceeded so smoothly,” said Peter Fetten, CEO of MV WERFTEN. “The haulage job was a milestone in the production plan. We superbly mastered this vital step today, also thanks to great project partners at our side. Two oceangoing tugs towed the centre section of the “Global Dream” from the MV WERFTEN Warnemünde location proceeding at a speed of about two knots (just under 2.5 mph) in the Baltic. After seven hours on the open sea, the midship section arrived at the island of Poel in the Bay of Wismar in the early morning of 23 November. There four more assistance tugs joined the convoy. The passage of 15 nautical miles (17 land miles) into the Port of Wismar lasted about eight hours. The hull reached the Wismar dock hall at about 5.30 p.m. and was then secured. The entire operation, from the flooding of the Warnemünde dock to the docking in Wismar, took three days. The “Global Dream” will now be finally assembled in the dock hall in Wismar. After undocking next year, she will be finally fitted out at the recently renovated Quay 4. A 125m high crane specially acquired for work on the Global Class ships will be used to install for instance deck structures such as a water park and an innovative roller coaster. The “Global Dream”, the flagship of the Global Class, is designed for the fast- growing Asian market. With her length of 342m and width of 46m, she will have a maximum passenger capacity of up to 9,500, which is the world record. The “Global Dream” is due for delivery to Dream Cruises in 2021.